Why dinosaurs began to dominate the Earth 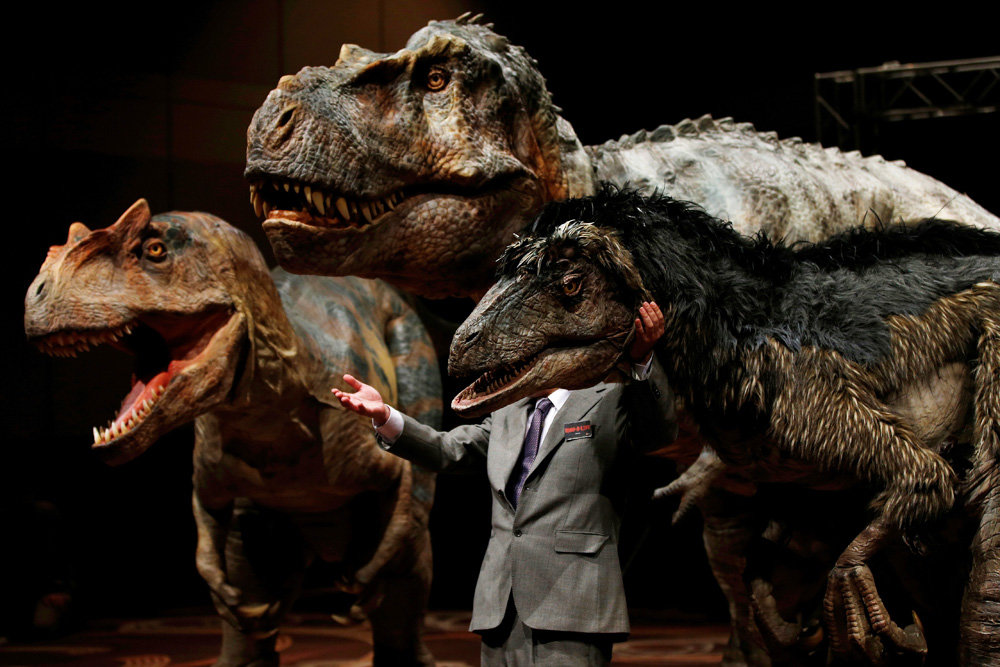 The rise and fall of dinosaurs is a game of chance, scientists say today. It seems strange, but for millions of years, these lords of the Earth were in the shadow of stronger and more adapted beings, they lost them in all respects. And then something happened that destroyed the competitors and made room for the dinosaurs.

The beginning of it is laid, according to the famous Scottish paleontologist Stephen Brusset, about 252 million years ago. Then a natural disaster occurred on the planet, from the bowels to the surface, streams of red-hot lava broke through, which flooded huge areas, volcanoes threw toxic gases and millions of tons of lava and ash into the atmosphere. As a result, about 95 percent of living things disappeared from the face of the Earth.

When nature calmed down, and the Earth healed wounds, the survivors began to develop rapidly. Thus, scientists have found traces of the ancestor of dinosaurs in Poland, it was called “proprioctactyl”. He was the size of a domestic cat, walked on long legs. Its age is about 250 million years, that is, it appeared only 1-2 million years after a terrible catastrophe. They were few, about 5 percent of the total number of living beings then. And then, within 10-15 million years, the ancestors of dinosaurs went into growth in a direct and figurative sense. And gradually turned into real dinosaurs, which began to spread on the planet.

Steve Bruxet emphasizes that they did not dominate the Earth at all. For 30 million years, they accounted for a maximum of 20 percent of all living beings. And then the close relatives of the dinosaurs dominated the planet, which became the ancestors of the crocodile evolutionary branch, the essence of pseudohohii. They were more adapted to life. They were small predators, but some reached sizes up to 5 meters. In the opinion of Brusset, at that time dinosaurs were a secondary group of animals, and it is difficult to imagine that very soon, by historical measures, they will reach enormous proportions and become rulers of the world.

What happened? How about 220 million years ago, these lizards came from the mud in the prince? Here is the version of Brusset. He recalls that in those days the land was a single supercontinent Pangea. He began to split under the influence of powerful geological processes. Just like 252 million years ago, hot lava gushed out of the bowels, volcanoes came to life. That is, the catastrophic scenario in many respects was repeated. Many living beings quickly died out, and pseudohohyi almost completely disappeared. Striking, but the impact of nature almost did not affect the dinosaurs. It seems that they were able to benefit from the chaos that reigned on the planet. As if they had waited their hour for 30 million years, and now, having got rid of the pseudo-psychic, they quickly began to blossom, turning into the full masters of the Earth.

But how is such a miracle possible? Brusset has no answer. “This mystery is to be solved by the next generation of paleontologists,” the scientist says. By the way, he was one of the authors of the now popular hypothesis about the fateful moment in the fate of dinosaurs. All decided a second! This conclusion is made after the exploration of the Chicxulub Crater, originated in the Gulf of Mexico 66 million years ago from the fall of a 10 km asteroid. Then energy was released, equivalent to the explosion of 10 billion atomic bombs dropped on Hiroshima. But in the very fall of the asteroid there was nothing terrible, says Steve Bruxette. If an asteroid collapsed a few seconds earlier or later, it did not crash into the Earth and would not have lifted into the air gigantic masses of matter that so altered the climate that the lizards lost their food. Drop a meteorite at another time, then it would fall into the deep ocean, would evaporate much fewer rocks, and the sun’s rays would break through to the surface of the Earth.

If it were not for a blind case, dinosaurs could wander around the planet today

In short, there would not have been a global cataclysm on Earth that destroyed many creatures, including dinosaurs. And then they would not have been replaced by mammals that lived 100 million years in the shade of reptiles. Having obtained freedom, mammals took on the planet almost all the ruling “posts.” And finally, in the course of their evolution, our distant ancestors – primates – appeared. It turns out that evolution is a rather random process, and some event can radically change the situation. The most prosperous, dominant communities can in a moment by historical standards disappear from the face of the Earth.