Why humans survived and Neanderthals — no? 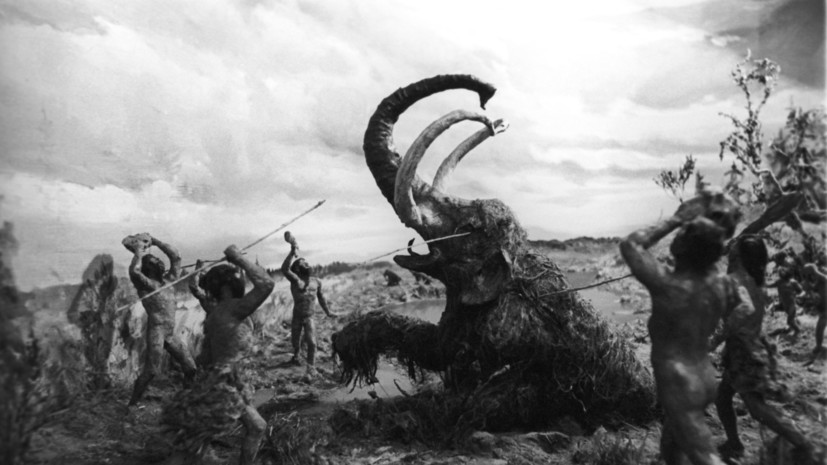 Why modern man survived and Neanderthals — its evolutionary relatives, the descendants of the older branch of Homo — extinct? About this in his book “the Invaders. Humans and dogs against the Neanderthals,” says anthropologist Pat Shipman.

Ideas and evidence that I gathered in this book constitute a remarkably coherent theory, which nevertheless left many gaps and uncertainties.

About 42 000 years ago, maybe a little earlier began to decrease occupied by Neanderthals of the territory and the reduction or even the fall in the number of Neanderthal sites, their size, density, distribution of tools and remains of products of hunting animals. Genetic studies show that about this time the genetic diversity of Neanderthals has passed through the bottleneck (i.e. heavily compressed), almost certainly associated with a significant reduction of population size and its division into small groups.

Through the same bottleneck for about 40 000 years ago were East of cave bears, cave lions and cave hyenas, as evidenced by their mtDNA, but the greatest reduction of genetic diversity occurred approximately 32 000 years ago. Homotherium Homotherium latidens, apparently, managed to survive a little longer — they became extinct about 28 000 years ago. However, there are only two samples of the remains of young individuals of this species, whose age is less than 20,000 years. Thus, the period of the disappearance of homotherium requires clarification and confirmation, as among the remains, with an age of 28,000 years, and more ancient finds was formed too large a time gap. Perhaps Somateria extinct long before the arrival of people of modern type. Or, according to paleontologists who discovered the most “young” the remains of homotherium, teeth of animals of this species (were Dating) could mistakenly be confused with the teeth of cave lions. How long extinct wild dogs, also it is not known, but presumably it happened in the same period — from 40 000 to 35 000 years ago.

These chronological coincidence gave me the idea to look for a common cause (or two) of these phenomena in the actions of hominin and predators. All carnivorous species in Eurasia was actual or potential competition to the people of the modern type, hunted the same prey and often inhabiting the same caves and dens. Although genetic diversity in populations of cave bear is reduced, as they themselves are the Neanderthals, bears, continued to live on the employed people of the modern type territories had to adapt to a vegetarian diet. But there is no indication that the Neanderthals reacted to the increased competition in the same way, that is, a change in diet. Area of temperate forest climate zones was reduced, and the habitat of some competing carnivores confined areas, going further and further South, as the Northern mammoth steppe and its inhabitants captured more and more extended territory. The wolves were one of the few exceptions to this rule. Summarizing, we can say that approximately 40 000 years ago in the Guild of predators began large-scale restructuring, which ended in about 32 000 years ago the extinction or complete annihilation of several species.

All these species were able to survive in conditions of climate change is as severe as during KIS 3 (acid-isotope stage. — RT), and they all survived the intense cold and the change of the plant world. The results of genetic studies suggest that populations of some of these species were fragmented and lived in isolated habitats, recolonized large areas only when allowed improved living conditions.

Climate change is undoubtedly accompanied and stimulated the extinction of the Neanderthals and other now extinct species of predators of the Pleistocene epoch, but it could not be his main reason, because in this case it is impossible to answer some critical questions. It is impossible to explain climate change, why the Neanderthals died out during the early cold climatic period, which was as severe and long as KIS 3. If climate change caused the Neanderthals to move South, which, however, no hard evidence, why they are unable to survive and return to the Northern territory after the improvement of climatic conditions? Climate change is also not possible to determine any enhanced or new abilities, which would have the people, but did not possess the Neanderthals and the possession of which would enable the people of the modern type to survive while the Neanderthals that could not do. Climate change helps to explain why there was only one surviving species of hominin, as is, due to extraordinary changes in the composition of archaeological sites, created by humans of the modern type in the period between 40,000 and 30,000 years ago.

I believe that the technical achievement that made people so adamant and invasive in the period from 50,000 years ago to the present day, partly due to their unprecedented Alliance with the other species we call domestication. We turned wolves into dogs, then, after many hundreds of years, in mouflon goats, wild tours to livestock, wild cats in Pets and horses in a fast vehicle. We have learned to adopt the characteristics of other species and use them to expand your own abilities to survive in almost any environment on the planet.

I assume that the reason for the extinction of the Neanderthals was the combination of climate change and the consequences of the arrival of people of modern type with their new abilities. Integrated modeling of the influence of climatic conditions, human activity and both these factors together, performed by group of Graham of Prescott to explain the reasons for the scale of extinctions of animals from the five continents, led to similar conclusions. The researchers found that the excellent climatic predictor of extinction was the rate of decline in temperature over the time period and not its average value. In other words, the key factor was the pace, not the scale of climate change. Biological adaptation is a slow way to counter climate change, while behavioral adaptation is faster. Adding to the rapid temperature reduction factor for the appearance of modern humans and the type of competition improves the correspondence between the models of Prescott and reality. It is highly likely that the unpredictable climate of the period KIS 3 has reduced the number and geographical distribution of populations of Neanderthals and other prehistoric species, since, according to the results of studies of global climate change during the last glacial maximum on the continents with more cold and harsh climate also occurred more extinctions of species. But climate change could not be the force that led to the disappearance of the Neanderthals, otherwise they would become extinct for many thousands of years before.

Second, my scenario may explain the extinction of the Neanderthals, the restructuring of the Guild of predators and the sudden appearance of mammoth hrvatskih megastones. Even if cooperation with volosovichi began several millennia earlier than the dates from the oldest known manifestation of such cooperation (at present, about 36 000 calibrated years ago), similar behavioral changes could be an important part of the adaptation of early humans of the modern type to competition and climate change. It seems to me that whenever I began the domestication of volkosob, at first she wasn’t too effective and was accompanied by a long period of trial and error. Domestication of the first animal was one of the most important steps taken by our species in the course of evolution, comparable to the invention of tools. Domestication of other species has opened to man a huge opportunity. We didn’t need, for example, to develop the ability to run very fast for a subtle production from the us it took just to form an Alliance with another species, which is moving faster than we are. We didn’t need to develop a fine sense of smell or sharp eyesight, as we were able to “borrow” these abilities from wolves. Thanks to the domestication made possible the invasion and growth of human populations in many habitats on different continents.

Thirdly, I was able to combine fresh discoveries and findings of genetic studies. Some of them, it seems, allows to solve some problems, the other part leads to the emergence of a large number of new questions. Questions like the mixing of Neanderthals with humans of the modern type, which, it seemed, there was a definite answer now arise again, and frequently. With the increasing volume of information and improving the technical skills of researchers-geneticists, we have the opportunity to go beyond the analysis of bones and stones from the past to add to the interdisciplinary mixture of the fundamental biology of those species that we study.

Fourth, assessing the impact of climate change and our Association with another predator, I presented a series based on my hypothesis and predictions were able to provide some data to assess their accuracy. New information about the lifestyle of Neanderthals and ancient humans of the modern type in this crucial historical period appear every day. We produce new information, make new comparisons, we obtain new findings and develop new methods of analysis that are constantly in varying degrees, change our picture.

Finally, it is crucial to significant improvement and development of methods of Dating, since they provide us with a steady time frame, based on which you can test and evaluate different hypotheses. Predative samples has become an essential component of the methods of obtaining new information and test old and new hypotheses.

With the development of paleoanthropology some new models will surprise or shock us, I think that Neanderthals and early modern humans were much more complex and capable than commonly believed. Of course, research and study of our past continues. I hope that in a few years, again if you pick up this book, I wonder how I (and only I) could be wrong.

My hypothesis, presented in the book, there are weaknesses: the remaining unanswered questions is invaluable quantitatively settings, gaps in evidence, white spots where we don’t have really any information. Dating of many sites is still not very accurate. But the liveliness and resonance of this discussion on how popular and on a strictly scientific level, making me think that everything is a variety of evidence begin to come together. And once that finally happens, we can more consciously and objectively look at its role in the global ecosystem. This perspective is a necessary first step towards balance between the needs of humans and other living organisms on Earth. We will be able to achieve great success in the conservation of biological diversity and truly wild, unspoiled places, when we can more clearly understand the reasons that prevent this. We can more clearly see the place of humans in nature.

I think it’s time to realize who we really are. We are the invaders. If one day, in the conditions of the Earth, we are faced with the enemy, and this enemy will be someone else, and not we ourselves — it is a real triumph. But first must come a huge change in our own behavior.