Why were not the ancient people cannibals? 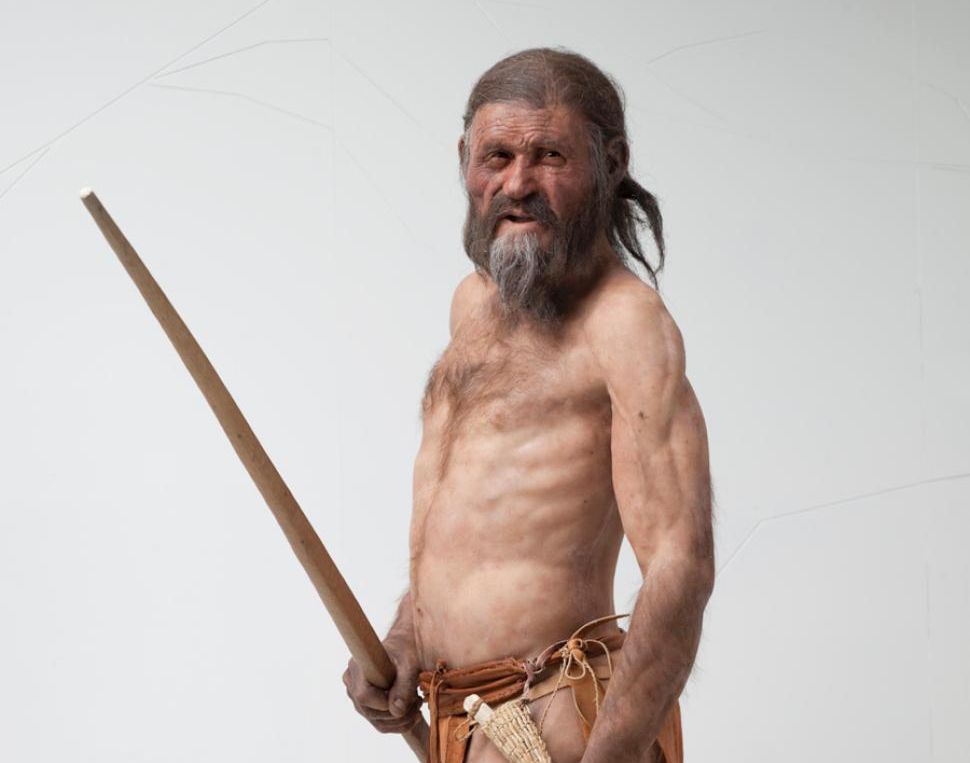 According to scientific information, there is no evidence that ancient people used on a regular basis to eat their own kind. Yes, there were some religious sacrifices, but this is a completely separate issue and this process did not happen with the goal of saturation. But after all, “like-minded people” were running near as many wild animals as possible, and sometimes even more.

So how do you think, why? That’s what science answers this question …

The thing is that people are rightfully considered the most dangerous prey in the animal kingdom, but they are not the most nutritious, although human meat is very caloric. A new study based on calculating the number of calories in the body of an average person proves that human consumption of food for their kind was mostly ritual, and not for satiety – at least among hominids, including Homo erectus, H. anteсessor, Neanderthals and modern of people.

To find out how many calories a medium body contains, the researchers turned to other works conducted from 1945 to 1956, which contained a description of the detailed chemical composition of four adult men who bequeathed their bodies to science. It turned out that the average adult man contains 125 822 calories (mainly due to fat and protein), which is enough to meet the daily nutritional standard for 60 people. It is worth noting that the most calories are, of course, fats (49 399 calories), but the least caloric part of the human body is the teeth (36 calories total). These numbers represent a lower limit, as the Neanderthals and some other extinct hominids appear to have a larger muscle mass and need more food.

Be that as it may, in comparison with other animals that made up the diet of ancient people, eating their own kind was unprofitable and too dangerous. Mammoth, on average, provided the tribe 3 600 000 calories, woolly rhinoceros – 1 260 000, and a bison – 979 200, and catch them was at times easier, and the horn and skins were for economic needs, the researchers conclude. The results of their analysis are published in the journal Scientific Reports.

In some European paleolithic monuments, the age of which is 936 000 – 147 000 years, scientists actually managed to find evidence of cannibalism, which can be regarded as a necessary measure in case of famine or simply unwillingness to “waste” an absolutely healthy body that died from natural Reasons. But in most cases, according to researchers, prehistoric cannibalism still had a ritual nature. 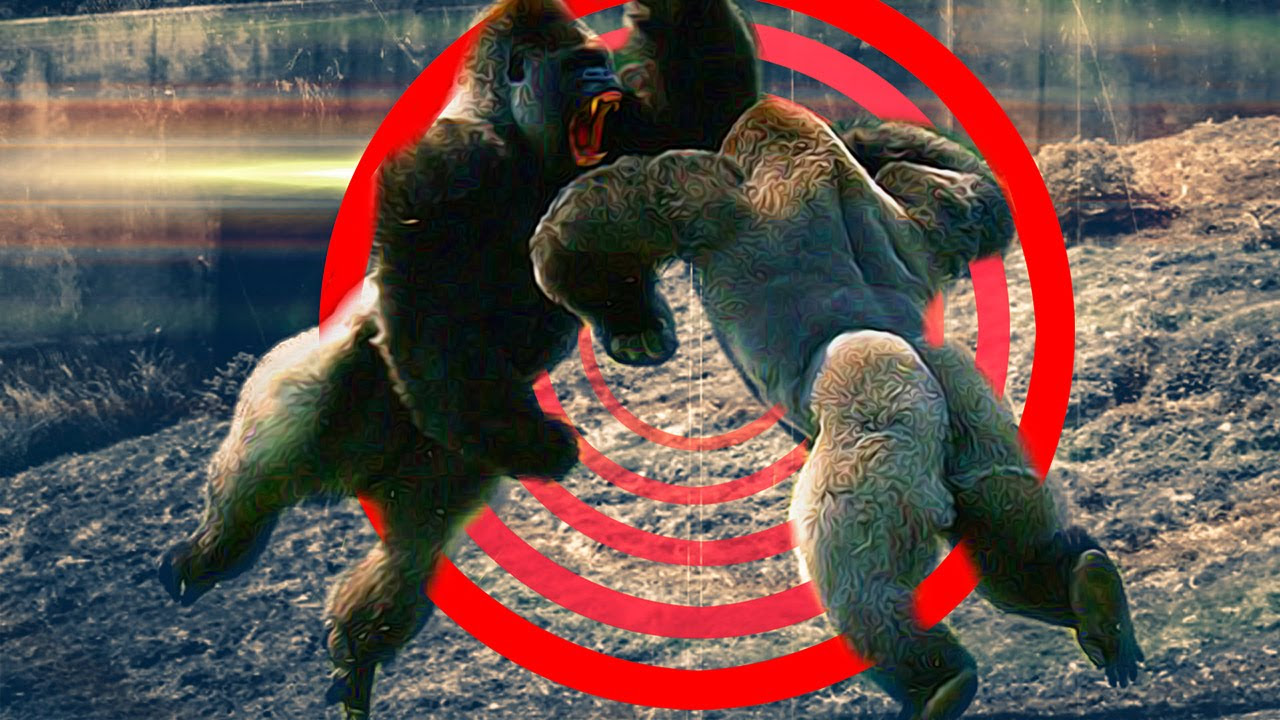 Essence:
Wild animals never kill their own kind, except by accident. And in general, they kill only in order to eat or when to protect themselves. Well, straight knights in the shining armor of nobility!

Actually:
Here are the results of the study of wolves in Alaska:

So they gnaw to death, in the truest sense of the word. And not just wolves. Bear can easily not only kill, but also eat a fellow, and even bear cubs and even more so. Any, at least their own, aliens. Lions in this regard are more legible: the lion (male) will protect his lions, and kill others without hesitation, though there will not be any. By the way, did someone say that they do not kill for nothing? Here you are! Zagryzet and throw.

If we leave mammals aside, then among fish and invertebrates cannibalism, that is, the eating of individuals of its kind, the matter is generally ordinary. Spiders are so generally included in the saying, it is widely known such a tradition among the squid. The most famous cannibals in our Middle Band are pike. Known so-called pike lakes: closed lakes, in which there are no fish except pike, but they grow there to a very large size. What do they eat? The adult pike swallows the eggs, the fry hatch from it. Fry eat the smallest plankton, those that have grown up – plankton in large and their younger brothers, those who grew up even more – those who have not yet had time to grow … And the larger the individual, the greater the percentage of its diet is the same meat Younger brothers and sisters. Such is the ecosystem where the elements of the food chain are not representatives of different species, but different ages of the same species.

There is one important regularity: the more complex the organism is organized, the longer one individual lives, the less often cannibalism occurs. On that is the biological justification: prion infections, which develop most often in those who eat their own kind. In addition, affect prion infections primarily nervous tissue and if there is a brain, there is something to hurt. The most popular prion diseases in our day – the famous mad cow disease (obviously – in cattle) and Creutzfeldt-Jakob disease (in humans) are caused precisely by eating individuals of their species. Cows – forced, people feed them meat-bone meal, obtained from the same cows in the process of processing, from waste. In humans, Creutzfeldt-Jakob disease is directly related to the traditions of cannibalism and was very popular in New Guinea. The draconian measures against cannibalism led to the almost complete eradication of the disease, but even now it sometimes happens. Actually, in the same New Guinea, any case of Creutzfeldt-Jakob disease testifies that the aborigines took up the old and is an indication for sending a punitive expedition to the appropriate region. Usually helps, and against bad tradition, and against bad disease.

That is, if you live less than 10 years, and besides there are no brains, just nervous ganglia, you can calmly regale yourself like that. But if you are going to live for 15-20 years or more, and besides, the brain has made a fortune, it is better to abstain from eating individuals of its kind. Purely for medical reasons.

Conclusion:
There is no special nobility among animals. They fight to death and only eat their own way. Highly organized species with a developed nervous system – smaller, can generally refuse cannibalism, those that are more primitive and smaller eat more often. But they kill everyone who is basically capable of killing.

People, perhaps, are the only species that has developed such a feeling as humanism and thought up the idea of ​​the value of each particular life. What, of course, can be proud of.