Yakutia — the birthplace of trilobites 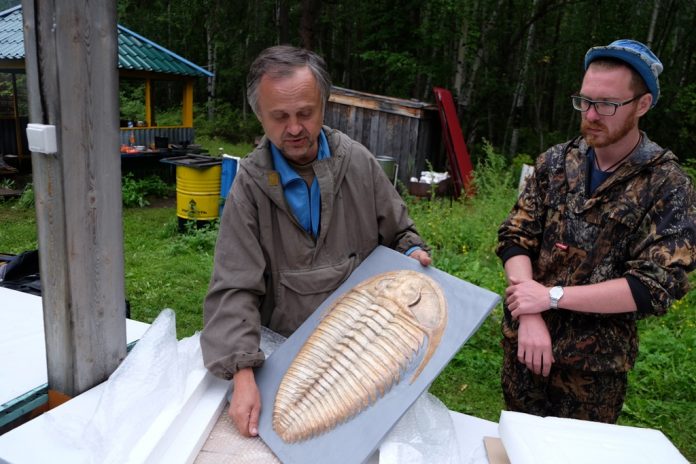 Moscow paleontologists have transferred the “Lena pillars” model of the remains of the oldest trilobites (over 500 million years old) found on the territory of the Yakut nature reserve, and also spoke about the uniqueness of the nature Park.

We will remind, last year in the territory of the Lena pillars scientists have discovered unique fossils. New lagerstedt (location of the remnants of fossil organisms, not undergone any significant change, where the fossilized remain of whole fragments of extinct animals) is important to world science, in particular for the study of the Cambrian evolutionary explosion. In addition to the Lena pillars in the world there are only two such places in China and Canada.

The scientific value of the Cambrian of China and Canada world famous, there are open specialized museums, and polygons. However, according to scientists, the Lena pillars are still poorly understood, despite the fact that their geological and paleontological significance is the undisputed world value.

“The ancient trilobite was found here, in the natural Park. This means that from here they spread around the world. The Cambrian fauna is of great importance to science in this period was born the modern types of animals,” — said the scientist of the Paleontological Institute, candidate of geological-mineralogical Sciences Andrey Ivantsov.

“Now the world is gaining popularity paleontological tourism when people visit the finding places and companies in their study. I believe that Yakutia has a chance to stand in one row with such famous places as the Burgess shale in Canada and chengjiang fuxian lake in China. Work aimed at revealing the paleontological potential of our fleet, will help establish the Republic as the paleontological center of Russia for the study of the Cambrian period,” — said Director of the natural Park “Lena pillars” Vasily Kalitin.

Until last year, CIS was aware of only two lagerstatte Cambrian age. Both are found in the 1990-ies on the right Bank of the Lena river in the area of the stream Ulakhan-Thuaidh.