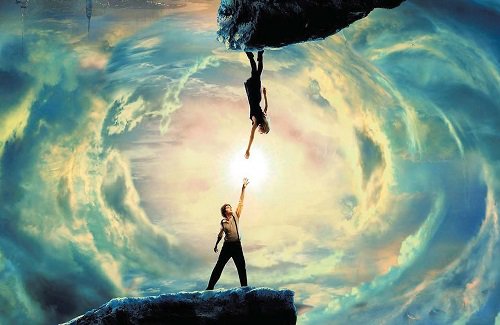 A Professor from the medical school of the University of North Carolina Robert Lanza stated that the theory of biocentrism, death is an illusion that creates our consciousness. He claims that after death a person enters into a parallel world.

Researcher says that life is like a perennial plant that always comes back again to bloom in the multiverse. Everything we see, exists because of our consciousness, the scientist believes. Robert Lanza said that people believe in death because they are so taught, or because the consciousness associates life with the functioning of internal organs. Lantz believes that death is the absolute end of life but a transition into a parallel world.

In physics long ago there is a theory about infinite number of Universes with different variations of situations and people. All that can happen, is happening, and then death can’t exist in principle.

According to the scientist, from the previously developed concept of biocentrism implies that energy is the essence of human nature, after death only releases and does not disappear from reality.

Robert Lanza in 2014 was named one of the 100 most influential people in the world, compiled by the magazine “TIME Magazine”. He is known for stem cell research and testing of new methods for the treatment of blindness. However, along with the research, quite “fit” in the current scientific picture of the world, a scientist develops a very special theory, which he called biocentrism. In General terms, the concept biocentrically of the universe implies that biology is the Central and key to the understanding of the world of science, time and space are, first and foremost, a product of human perception. While familiar to us, the universe in accordance with the theory of the scientist, is only one of an infinite number parallel existing variations (a similar assumption, according to Lanza, it is possible to reconcile with modern notions of quantum physics).

The scientist says that human consciousness is a special energy that after death ceases to be confined to this world, and rushes to one of the parallel universes where it regains human form.

According to the scientist, in the other world people start a new life, not continue the old, but to treat it it offers like watching a good TV series — having watched any of them, the viewer misses some time for the heroes, but then finds a new episode, and begins to follow him. According to the scientist, his concept of constant rebirth in parallel worlds it is possible to imagine an infinite stack of CDs with all conceivable subjects.

Robert Lanza is a leading scientist in the field of theory of biocentrism, scientific Director of Advanced Cell Technology. He suggested that death is not the final stage of life of the human body.

Now, Robert Paul Lanza, Professor Institute for regenerative medicine, Wake forest University, School of medicine, at 58. He is better known for his research in the field of stem cell research. In 2001, Lanza was one of the first who decided to clone endangered species, and in 2003 was cloned endangered species of wild bull, using frozen skin cells of an animal which died in the Zoo of San Diego for almost a quarter of a century ago. Author of more than 30 books, including: “Embryonic stem cells are how to restore vision to blind patients”, “the universe in your head.”

Biocentrism, a new scientific theory of Robert Lanza, different from the classical biocentrism to the fact that the focus is not only the interests of wildlife, but also the Universe as a whole, and controls the entire system. Controls but not in the usual anthropocentric sense, when a person is free to dispose of natural resources as he pleases, but more philosophical, when a person does not just live in harmony with the surrounding world and creates the world by force, for one thing.

In quantum physics States that it is absolutely impossible to predict some events. Instead, there is a wide range of possible development paths with different degree of probability of their implementation. From the position of the existence of “many worlds” (the Multiverse), it can be argued that each of these possible events corresponds to the event occurring in another Universe.

Biocentrism clarifies this idea: there are an infinite number of Universes where there are different types of events. Simply put, let us assume the following scenario: you get into a taxi and get into an accident. In another possible scenario of events you suddenly change your mind, don’t become a passenger of this ill-fated car and thus avoiding the accident. So you, or rather your second “you” are in another Universe, in another flow of events. In this case, all possible spaces exist simultaneously with each other regardless of what happens in any of them.

Alas, sooner or later, the human body dies. However, it is possible that consciousness persists for some time in the form of electrical impulses passing through neurons in the cerebral cortex. To approve Robert Lanza, this feeling does not disappear after death. This statement he bases on the law of conservation of energy that States that energy never disappears, it cannot be created or destroyed. The Professor made the assumption that this energy is able to “flow” from one world to another.

Lanza considers the experiment, which was published in the journal Science. In this experiment it is shown that scientists can influence the behavior of microparticles in the past tense. This statement is a continuation of the experiments proving the theory of quantum superposition. The particles had to “decide” how to behave when they hit a beam splitter. Scientists alternately turned on the light divider and was able not only to guess the behavior of photons, but also to influence the “decision” of these particles. It turns out that the observer himself has predetermined the further reaction of the photon. And thus, a photon at the same time appeared in two different places.

Why does observation change what happens? Response Lanza, “Because reality is a process that requires the participation of our consciousness”.

Thus, regardless of the choice you are both the observer and those who produce the action itself. The connection between this experiment and everyday life goes beyond our usual classical notions of space and time, say proponents of the theory of biocentrism.

Space and time are not tangible objects, we just think they really are. Everything you see right now is a whirlwind of information passing through consciousness. Space and time – a simple tool to measure abstract and concrete things. If so, then there is no death in the timeless closed world, I’m sure Robert Lanza.

Something like that wrote albert Einstein: “Now Besso (an old friend) has departed from this strange world a little ahead of me. It doesn’t mean anything. We… know that the distinction between past, present and future is only a persistent illusion.

Immortality doesn’t mean perpetual existence in time without end but rather implies the existence outside of time.

This became clear after the death of my sister Christine. After inspecting her body in the hospital, I went to talk to the family members. Husband of Christina, ed, began to sob. For a few moments I felt overcome provincialism of our time. I thought about energy and experiments that show that one micro-particle can pass through two holes at the same time. Christine was alive and dead at the same time, she was out of time.”

Supporters of biocentrism claim that people are sleeping in now that everything is orderly and predictable. The world is a fantasy driven mind. “We were taught that we are just a bunch of cells, and die when our bodies wear out. And all, says Robert Lanza. But a long list of scientific experiments suggests our belief in death is based on a false premise of the existence of the world independently of us – the Great observer”.

In other words, nothing can exist without consciousness: our mind uses all resources to unite space and time into a single conscious flow. “No matter how evolved the way our future concepts, the study of the external world led to the conclusion that the content of consciousness is the ultimate reality”, – noticed at the time, Eugene Wigner, winner of the Nobel prize in physics for 1963.

So, according to Robert Lanza, physical life is not an accident but Providence. And even after death, consciousness is always present, balanced between the infinite past and an uncertain future, showing the shift between realities at the edge of time with new adventures, meeting new and old friends.

Biocentrism, also known as biocentricity the universe, a theory proposed in 2007 by American scientist Robert Lanzas. In this view, life and biology are Central to being, reality, and the cosmos — life creates the universe, not Vice versa. Biocentrism asserts that current theories of the material world do not work and can never be made to work, until they fully account for life and consciousness. Biocentricity theory Lenz is based on quantum physics. While physics is considered fundamental to the study of the universe, and chemistry fundamental to the study of life, biocentrism places biology before the other Sciences to produce a theory of everything.

Everyone is afraid of death. People believe in death because they are told that they will die. We (except believers) think that we – it is our body that dies.

However, the known scientist-biologist Robert Lanza brings together science with the immortality of our J. a New theory called biocentrism. It is based on quantum physics by adding life in its equation. Known aspect of quantum physics is that certain events cannot be predicted exactly. In fact, there are an infinite number of different outcomes having different likelihood. A possible explanation says that each of these possible outcomes corresponds to a different universe (multiverse).

A new theory is developing these questions. In particular, the idea of the existence of an infinite number of universes. Everything that can happen happens in one of them. Real death does not exist in any scenarios. All the universes exist simultaneously, and not depend on what happens in each of them. Living feeling – Who am I? – is the source of energy with power of 20 watts , the current in the brain. But this energy goes not to the death. One of the axioms of science is that energy cannot be created or destroyed, and the consciousness of the deceased is awakened in some parallel universe. A new theory recognizes more and more scientists, especially biologists.

Lance the theory of biocentrism has seven principles:

1. What we perceive as reality is a process that involves our consciousness. External reality, if it existed, must by definition exist in space. But it is meaningless, because space and time are not absolute facts, but rather the tools of the mind of animals and humans.

2. Our external and internal perceptions are inextricably intertwined. They are two sides of the same coin and cannot be divorced from each other.

3. The behaviour of subatomic particles, indeed all particles and objects is inextricably linked to the presence of an observer. Without the presence of a conscious observer, they at best exist in an undetermined state of probability waves.

5. The structure of the universe is explainable only through biocentrism. The universe fine-tuned for life, which makes perfect sense as life creates the universe, not Vice versa.

6. Time has no real existence outside the sense perception of animals. It is a process that we feel the changes in the universe.

7. Space, like time, is not an object or thing. Space is another form of our animal understanding and does not have independent reality. We carry space and time around with us like turtles with shells. Thus, there is no absolute self-existence of the matrix in which physical phenomena occur independent life.