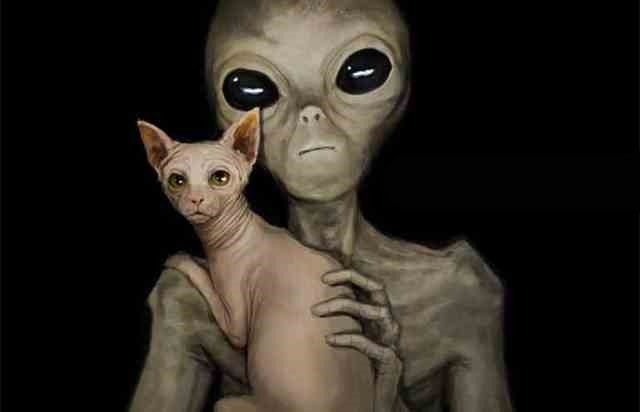 Kazakh biologist Timur Baisalov sure that the population of the Earth is a Guinea pig for alien civilizations. Scientist for the past 30 years studying this subject. He says that many people are not even aware of the mysteries of the Earth and role of man. According to citizen, this is a very complex subject that requires deep study.

– The theory about the fact that cats are alien camcorders – not mine. It is well described in the books of Lobsang Ramp many years ago and his book came out millionnymi copies. I have continued this story, but it is not such a innocuous information. The continuation is rather ugly. I don’t think someone would like to know. I’m on the Facebook page to continue the topic don’t want to, just stimulating their friends to read, to think, to analyze, – says the scientist.

– So you think that aliens are watching us with regular cats?

Tibetan Lamas write that our gardeners specially brought the breed small dogs to follow us, they’ve given them your eyes… cats they like cameras. I personally conclude that these gardeners are the reptiles, which in principle is consistent with the legends. Tibetans gardeners call an alien civilization that raises us on Earth as a garden.

– We are food for aliens. They always eat us.. war, for example, murder, epidemics. I understand,for Tibetan monks, this is not a legend, and practical knowledge. The way they are with cats on the telepathic level is very even communicate.

– Somehow find that hard to believe…

– And have you noticed any cats have unusual eyes? Interestingly, all large cats, including a lynx, eyes round and small cats, the pupils are elongated, like snakes. Why did this happen?

And cats have an interesting feature, what happens is that the cat suddenly stops and sits motionless while staring somewhere watching, sometimes looking not looking directly at you.

By the loud popping noise it doesn’t bother you… What is it? At this time, she’s got a stream going?

– And the aliens themselves where? From space they see?

They have been living among the people. We know them. This is a very well-known people.

– And they know what they are?

Among the Kazakh officials there are aliens?

– No, among Kazakhstan no.