Did Adam and Eve create aliens? 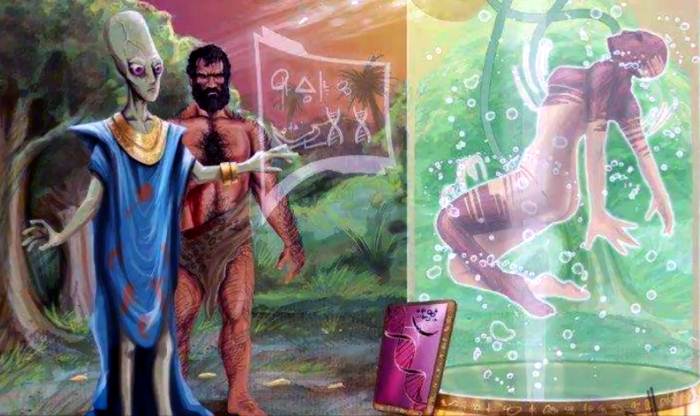 Zachary Sitchin and science fiction writer Alexander Kazantsev advanced their version of the origin of Adam and Eve, who, according to biblical teachings, were the first people on Earth.

Experts suggest that the aliens could move to Earth from another planet, or they conducted an experiment and added genes of thinking to the DNA of primates, which made them human. According to the science fiction writer Alexander Kazantsev, there was a planet Phaethon in space. There was a nuclear war and the aliens who lived there had to look for a new “home”. After the planet Phaethon was destroyed, the aliens moved to Earth and began to live on this planet.