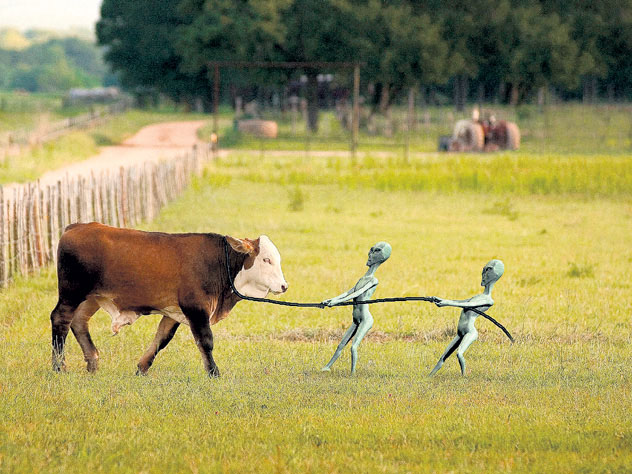 If you analyze the reports on the activities of aliens on Earth, then there is a non-pattern picture: the aliens brazenly drag everything that lies badly under our noses. They are engaged in banal robbery. There is ample evidence that aliens are stealing minerals, electricity, water, genetic material.

Most “plates” spin next to the deposits of minerals. Than this threatens us? The former head of NASA, Charles Bolden, in April 2017 shocked the public, saying that the aliens could invade Earth no later than 2025. Ostensibly in extraterrestrial space there are at least 30 thousand different civilizations and some of them have laid eyes on our planet.

Meetings with aliens have long happened in the thousands. Contactees describe six species of aliens, both friendly and not.

Genetically similar to reptiles, they view the Earth as a potential source of resources. Steal people by creating “hybrids” by inserting implants into them. Are prototypes of dragons and other serpent-like divine beings in world mythology. It is the reptoids through their representatives who secretly rule the world.

Most often stunted, but there are also tall ones. They look asexual, without ears and nose, eyes without pupils, smooth skin. There is a version that “long” aliens are a race of gentlemen, and small ones are just artificial forms of life. Actively kidnap people, putting cruel experiments on them. Abductees remember this most often under the influence of hypnosis. Gray allegedly had contacts with mystics from the Third Reich, as well as with US special services.

Obviously, they are descendants of insects as a result of a long evolution. They are characterized by huge facetted eyes, limbs akin to tentacles or claws. Some wear suits, some look like ordinary arthropods of huge sizes. People do not like – when we got along with flies ?! Few survived the meeting with them, but there are about 20 survivors after the abduction. According to some researchers, insectoids are under the influence of gray.

They are considered the progenitors of earthlings. Outwardly we differ only in height under three meters. Nords have fair skin and white hair. Affect the spiritual development of people, but directly in their lives do not intervene in principle. Well-known ufologist Charles Hall believes that their intellectual power is three times greater than the human. Life expectancy is about 800 terrestrial years. After contact with them, people had the ability to clairvoyance and telepathy.

There is a version that it was these aliens from Andromeda that became the prototype of the image of angels in religion. Their telepathic contacts with humanity have the most positive effect. According to ufologists, significantly influenced the improvement of the human gene pool, without entering into physical contact. Perhaps, only thanks to the Andromedans, humanity has not yet been destroyed.

They have large almond-shaped eyes, translucent blue skin, low growth. They appeared on the Earth, then disappeared forever. They can be both hostile and friendly. But sentimental feelings to us just do not feel. Their life expectancy is about 2,5 thousand Earth years. For such long-livers, a man is a kind of insect-podokenok, who come into the world only a few hours. The secret of longevity is the phenomenal ability to regenerate.

Where are they from?

In addition to the alien version of the origin of the aliens, there are at least three more.

1. Humanoids are an earthly race and have lived for billions of years in the region of hydrothermal springs under polar ice.

2. Aliens come to us from a different dimension.

3. UFOs are the ships of travelers in time.