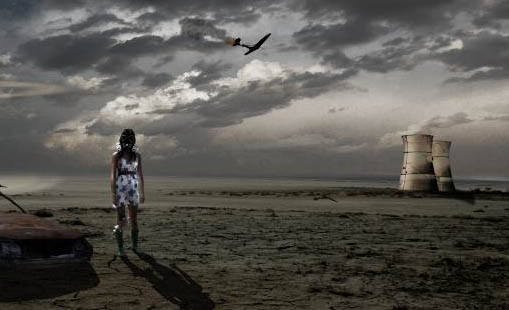 Few have heard of a global blackout, but such a phenomenon does exist. Many scientists have devoted part of their lives to explore this terrible natural mystery. But for unknown reasons, people did not know what it was and what threatens all of humanity.

For the first time about global blackout, the scientist of the Swiss Federal Institute of Technology in Zurich, Atsomu Ohmur, started talking back in 1985.

According to his research, soon a darkness will come to Earth, because of which the level of light in the coming years may decrease by 10 percent. He published the information in 1989, thereby trying to warn humanity about the impending global problem. In the same year, it turned out that Atsomu Ohmura was not the only one who discovered this phenomenon.

In the 1990s, many researchers also confirmed this fact. This was especially noticeable in the Arctic and the Antarctic, and the Irish people started talking about darkening only at the end of the last century. But, unfortunately, scientists of those times stubbornly ignored the obvious.

And only in 2007 scientists from Israel raised this issue again. They collected all the data and were horrified at what was happening. In the near future, the percentage of sunlight will decrease, which will cause people to have big health problems. The researchers agreed with the channel’s creator on Weather Channel Weather, John Coleman, to disclose the available data.

However, soon John Coleman suddenly dies, and the material remains on the shelf. It is interesting that for a long time no one had spoken, for what reasons John Coleman died after all. This gave rise to new rumors that he was helped to leave for another world, so as not to frighten people with terrible forecasts.

Ten years have passed since the tragedy. For all these years, no one has dared to seriously raise this topic for general discussion. Most politicians are now engaged in talking about global warming, and they prefer not to mention darkening.

Now appeared a lot of information on the Internet, which shows and proves the fact of gradual darkening of the Earth. As an example, you can take the last winter. In Brussels in December, meteorologists recorded the darkest winter month since 1887, in which the sun prevailed over the darkness of only 10 hours.

In France, in the cities of Marseilles and Bordeaux, “solar traps” recorded only 26 and 10 hours of sun, not 100 hours, as before. December 2017 in Moscow was also dark: the sun was only 6 minutes, whereas in 1985 in December there were about 18 hours. The meteorological department of Moscow State University admitted that it was the darkest month in the history of monitoring weather changes.

For what reasons the global darkening is gradually coming to Earth – it is not known. And, unfortunately, humanity is powerless in this problem. It remains only to guess what will happen next …