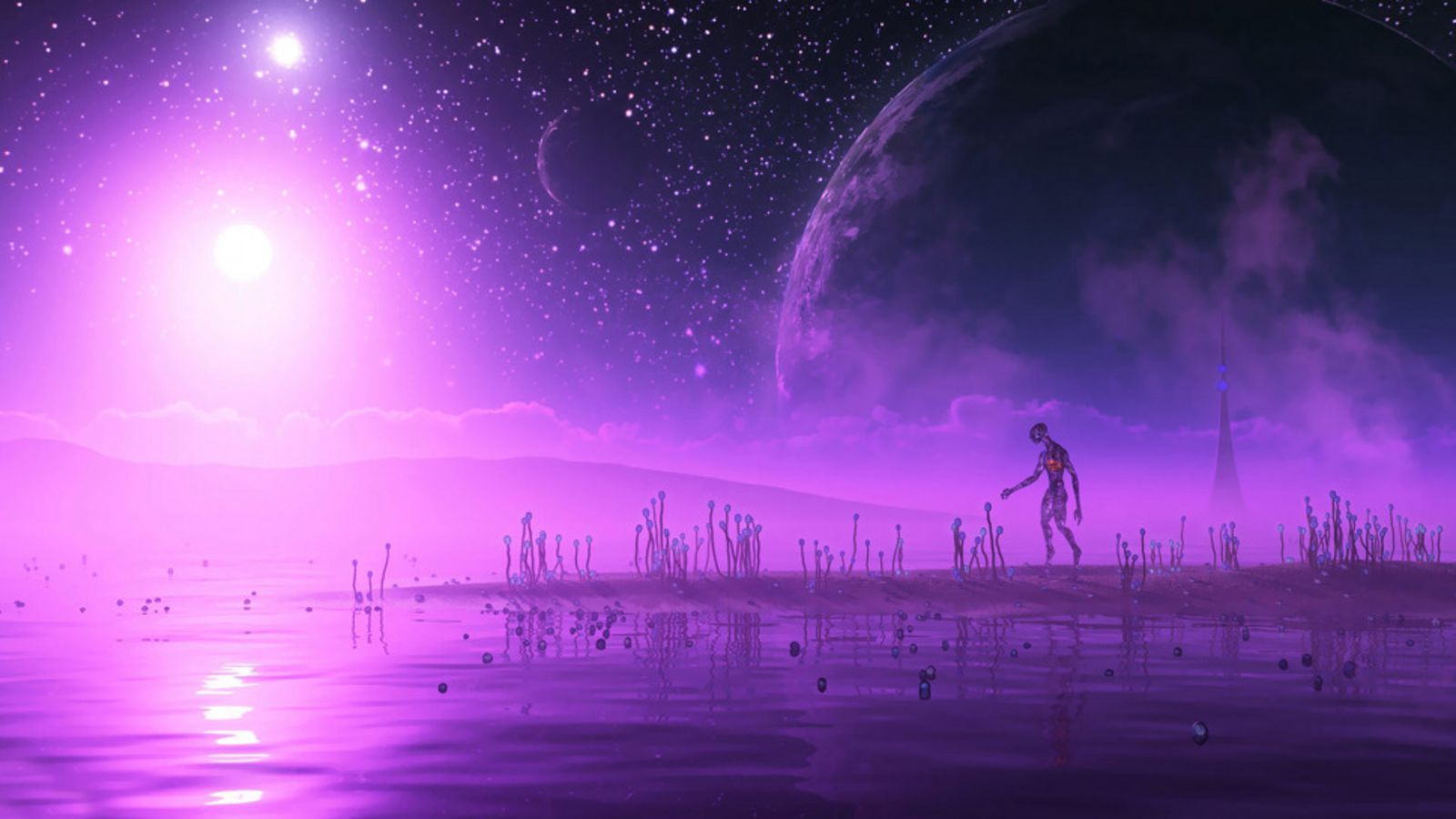 Astrobiologists from the United States are investigating extreme red and green signatures in the light reflected from exoplanets in the hope of finding signs of life.

This is the conclusion reached by a team of scientists who published an article about this in the journal International Journal of Astrobiology. The study involved a microbiologist from the School of Medicine at the University of Maryland, Shiladitya DasSarm, and a researcher from the University of California at Riverside, Edward Schwieterman. They claim that before green plants began to collect solar energy, small purple organisms learned this. DasSarma believes that alien life can develop in the same way.

The idea that the early Earth was purple, appeared in 2007. According to her, plants and photosynthetic algae use chlorophyll to absorb solar energy, but they do not absorb green light. And this is strange, because it is rich in energy. According to DasSarm and colleagues, perhaps something else has already used this part of the spectrum when chlorophyll photosynthesizers developed.

This “something else” could be simple organisms, capturing solar energy with the help of a retinal molecule. His pigments absorb green light best. They are not as effective in absorbing solar energy as chlorophylls, but they are simpler. This molecule is still prevalent on Earth among bacteria and unicellular organisms such as archaea.

Regardless of whether the first life on Earth was purple, it is clear that for some organisms this color is perfect, as scientists say. Therefore, alien life can follow the same strategy as the earth. And if she uses retinal pigments to absorb energy, astrobiologists will be able to detect them by observing certain light signatures.

Chlorophyll mainly absorbs red and blue light. But the spectrum of light reflected from a planet covered with plants will show what astrobiologists call the “red border of vegetation.” Red border – a dramatic change in the reflection of light in the near-infrared part of the range in which plants suddenly stop absorbing red wavelengths and begin to reflect them.

Retinal-based photosynthesizers, on the other hand, have a red border, scientists say. They absorb light to the green part of the spectrum, and then reflect longer wavelengths. Astrobiologists are excited about the possibility of registering extraterrestrial life by detecting the red border, but they do not rule out that it is worth looking for a “green border”.

“If these organisms were present in sufficient density on the exoplanet, such reflective properties would be visible in the reflected light spectrum of the planet,” explains Schwyterman.