False memories or how to manipulate the truth 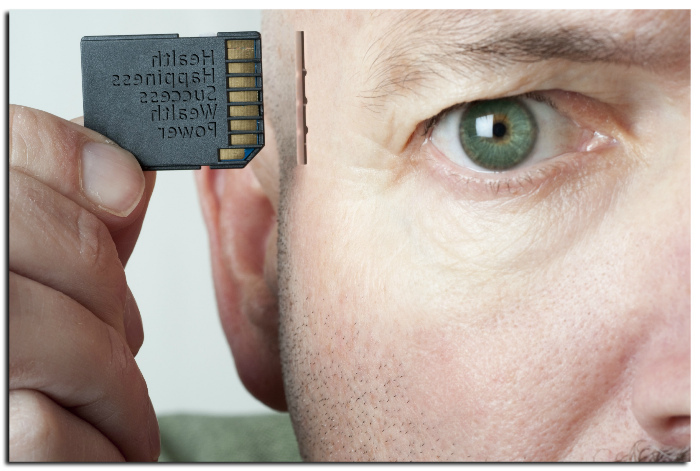 Apparently, Orwell was right: he who rules the present, is really capable of ruling over the past. However scary it may be, today the work of the Ministry of Truth is not a sophisticated fantasy, but only a matter of technique and political will.

Our memory lives its own separate life, which does not always coincide with reality. Who did not catch himself thinking that any story from the past over time gets an incredible amount of detail, and its various versions cease to converge? And it’s not just our natural inclination to boast and conceit. Part of the culprit of all this disgrace is our own memory. In truth, we can not even be sure that our memories really belong to us.

It sounds depressing, but it’s true. Recently, a team of American scientists published an article on the introduction of false memories. They conducted a cautious mega-analysis, gathering in it practically all available scientific information about making false memories. At the output there was a grandiose generalization of eight independent review articles, in each of which the data of many scientific works were considered.

The result is discouraging. Almost half of the cases (in 46.1%) scientists managed to introduce false memories in the memory of the experimental. Subjects to some extent agreed with stories about events from their lives, which in fact never happened. And often the subjects even described in detail the fictional situations.

We used to believe that memory is the most constant and secret, than we own. Objects, faces, events appear and disappear. But we are sure that all the experiences will be recorded in memory, as scenes of our childhood in the parents’ video archive. If we want to return to the past, we need only remember it. This is where we deceive ourselves. In practice, “remembering” can not differ much from “invent”, and implanting false memories from the outside has long been a matter of technology.

The illusion of memory

Hardly anyone in the world knows more about the phenomenon of false memories than the professor at the University of California Elizabeth Loftus. More than 40 years of research on the mechanisms of memory brought her fame as a leading expert on false memories in the world. A fascinating and vivid description of her scientific path can be found here.

In one of her first academic works, Loftus studied the influence of the nature of the question on a person’s memories of what had happened. So, if after watching the auto-generated video, viewers were asked how fast cars smashed into each other, the viewers gave a higher speed rating, compared to those who heard that cars collided or hit ). The very form of how we address memory affects its reproduction.

Around the same time, Loftus began to act as an expert on the reliability of the testimony in the court sessions. To date, Loftus has participated in more than 250 lawsuits. During this difficult work and conducting parallel experiments on volunteers, she was convinced that the testimony of eyewitnesses can be influenced by a variety of circumstances. The information stored in the memory was easily mixed, confused and replaced by the newcomer.

It turns out that memory is dynamic, and, influencing our decisions, it itself is easily distorted under the influence of new impressions and experience. Even just thinking about the past, we change our memory of it. Falling into arrogance, you can even say that it does not look like a stone with a carved relief (as it is commonly thought), but on a soft, supple clay, wrinkling at each touch. Moreover, as we have just learned, one of the most powerful means of introducing false memory is our own imagination. The line between “remembering” and “coming up” turns out to be vanishingly thin.

Perhaps the most exciting stage in the career of Professor Loftus began at the dawn of the 90’s. At this time, she was interested in suspiciously numerous cases of lawsuits about sexual harassment. Often, the accusers were women who suddenly remembered the crime that occurred in their childhood – many years, and even decades ago.

The most interesting thing was that a fair amount of such memories occurred at the reception of a therapist. Could the influence of psychotherapy provoke the appearance of false memories? Loftus began her investigation.

It turned out that psychotherapists necessarily asked patients about childhood trauma related to violence, and popular psychology books resulted in lists of potential symptoms typical of victims of molesters. If the possible victim did not remember the very fact of what happened, she was asked to imagine how and under what circumstances she could be harassed.

There could be a clue. The lion’s share of memories of sexual abuse simply could be implanted in memory when reading books, visiting psychotherapists or specialized self-help groups. Loftus had only to confirm this conjecture experimentally: to try himself to introduce a false memory into the consciousness of a person.

The architect of memories

For the fifth consecutive day, Chris describes in detail his childhood memories in his diary. He is 14, but his records are detailed and painstaking. Now he writes about how at the age of 5 they were the family, as usual, went shopping in the mall.

Chris walked away from his parents and lost. “Oh, now I’m in trouble …” – flashed through my mind. Crying with horror, he was sure that he would never see his family again. The boy stood in tears, until an elderly man found him. A kind stranger was bald, but looked “really cool”: he wore a blue flannel shirt, and glasses glittered on his nose. The old man took him to his mother, who was already preparing to ask a wicked scoundrel offspring.

Needless to say, Chris was never lost in the mall? A steep old man in glasses actually did not exist. But the teenager did not curl his soul, filling his diary in the evenings. He sincerely believed in what he described. Just the team Elizabeth Loftus for the first time managed to conduct an experiment to implant memories.

Before conducting the already classic experience, the researchers enlisted the full support of the relatives of the subjects and received from them all the necessary information. During the experiment, each participant was offered several true stories and one false – about how at the age of 5 he was lost in a shopping center and was found by an elderly man who took him to his parents.

Next, it was necessary for the testimony to write down his memories of the episodes mentioned for several days, trying to reproduce the event as completely as possible. At the end, each participant went through an interview with the researcher. 29% of the subjects falsely remembered the episode never happened to them in the shopping center.

It seems that Professor Loftus has come to an ideal recipe for introducing a false memory. First you must gain access to the person’s personal information, as well as enlist his trust or the help of those people whom he trusts. Then make the very memory and stimulate the imagination of the object in every possible way. The dry fact itself will eventually grow in detail and with a high probability become a memory. If you look closely, you can see that this whole scheme is very similar to the clever plan of the hero DiCaprio from the Oscar-winning blockbuster.

A child’s memory of how lost in the mall, in general, neutral and ordinary. But what about exceptional and emotionally unpleasant events? It turned out that they too are well implanted in the memory, the main thing is to convince the subject that what happened to him is quite ordinary phenomenon. In one of the following works, Loftus intelligently picked up texts of mystical content, and as many as 18% of naive Florentine students confirmed that they saw demon possessed in childhood.

But still the most wall-effect effect was achieved using a bunch of all described techniques and fake photographs. Yes, scientists, too, Photoshop! In a 2002 study, conducted without the participation of Professor Loftus, a group of psychologists from Canada and New Zealand persuaded people that as a child they were riding a balloon, showing them fake photographs. 50% of the subjects (half!) Somehow agreed with the fact of their flight in the basket.

In the footsteps of the Ministry of Truth

Reflecting on the theme of false memories, it is simply impossible to ignore the question of the authenticity of history. It was not possible and this is already familiar to us Elizabeth Loftus. Even if the memory of deeply personal events is so easily falsified with the help of photographs, what about social events, memories of which are constantly grinded by the millstones of the mass media! For sure false evidence will easily distort the memory of historical events. However, it still remained to prove.

In her 2007 work, Loftus and her colleagues used photographs of two resonant political events: unrest in Beijing’s Tiananmen Square in 1989 and Roman protests against the 2003 Iraq war. In the first case was taken the famous shot of a lone rebel, barring the way to the tank column. Sowing for computers, scientists added to the canonical scene crowds of demonstrators standing on either side of the equipment. In the photo of the Roman peaceful demonstration, a couple of radical young men in bandages on their faces and gas masks entered the crowd.

44% and 45% of the respondents admitted that they had seen only recently fabricated pictures from Beijing and Rome, respectively. But the scientists did not set out to study the gullibility of the experimental subjects. The main part of the study was the evaluation by volunteers of the number of insurgents in Tiananmen in the spring of 1989 and the level of violence in Rome at the rallies of 2003. In both cases, forgeries worked flawlessly: people who viewed falsified shots, talked about more protesters in Beijing and the extraordinary heat of confrontation in Rome, relative to those who got the original photo.

Apparently, Orwell was right: he who rules the present, is really capable of ruling over the past. However scary it may be, today the work of the Ministry of Truth is not a sophisticated fantasy, but only a matter of technique and political will.

Time continuously transforms the present into a past: galaxies scatter from the center of the universe, water flows, smoke melts in the wind, a person ages. Time determines the direction of all physical processes, and modern mankind does not know the principles that make it possible to reverse its course.

It seems that only one thing in the world can at least partially withstand time. This is our memory. But, as we see, and its accuracy is not absolute and for some reason depends on a monstrous number of conditions, and most importantly – on our own imagination. But we’ll talk about this next time.