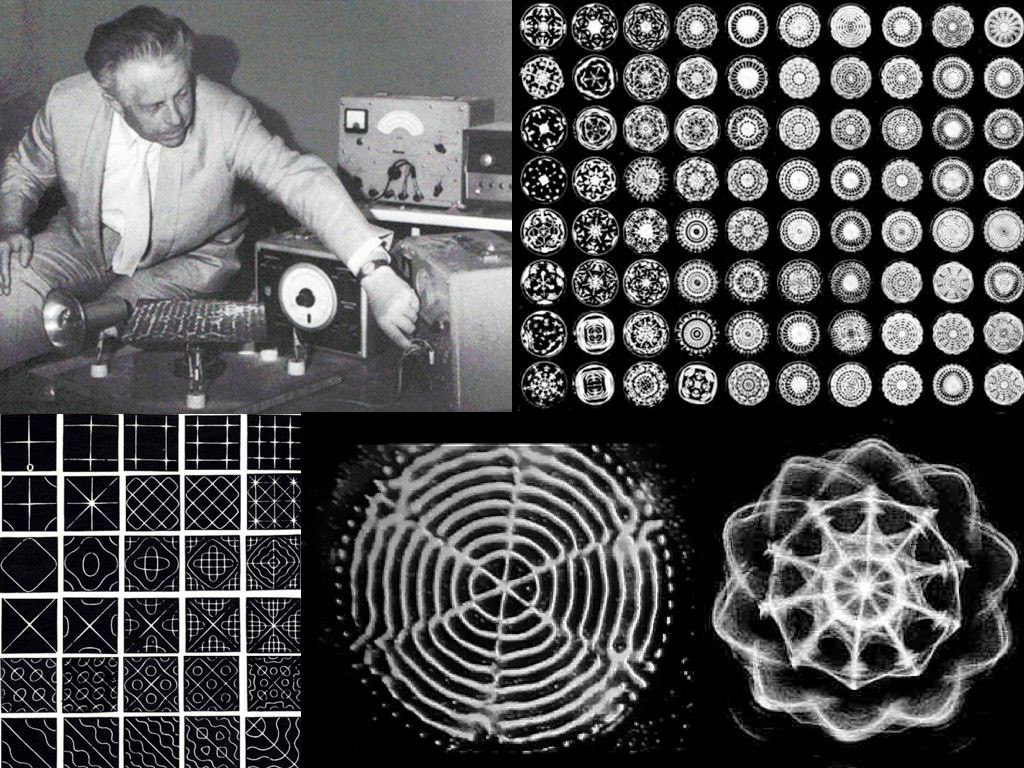 We feel it when we turn on the radio, and our favorite song comes from it or when we sit quietly and listen to the sound of rain. But how exactly does it work, how does the sound heal us?

The Swiss doctor of medicine Hans Jenny from Basel, has collected fascinating experiments in which we can literally “see” how the sound works.

Jenny changed the frequency of the oscillator and found that the sand, water or other substances that he used to create a visible sound environment turned into very interesting shapes. They mimicked the properties of divine geometry. And the higher the frequency, the more complex the forms were.

Hans Jenny wrote:
“Since various aspects of these phenomena are caused by vibration, we are dealing with a spectrum that shows figured, figurative formations at one pole and kinetic-dynamic processes on the other, generally formed and maintained by the required periodicity.”

Singing has a surprising effect on brain waves.
Harmonic sounds create order from chaos. You can say that the disease is a kind of chaos in the body. For millennia, those who studied the science of sound began to understand that certain frequencies are extremely healing for the human body.

When we “get involved” in healing frequencies, our body and mind vibrate in harmony. They include:

285 Hz – signals to cells and tissues for healing. Causes in the body a sense of renewal, pleasant ease.
396 Hz – free from feelings of guilt and fear, to clear the way for emotions of higher vibrations.
417 Hz – contributes to “unleashing” difficult situations.
528 Hz is a signal for healing DNA, restoring cells and awakening consciousness.
639 Hz is a vibration associated with the heart. It allows you to erase the difference between the feeling of love for yourself and for “others.” Listen to this frequency to balance the relationship.
741 Hz – a signal to purify and heal cells from the effects of electromagnetic radiation. Helps to expand opportunities for creating the desired reality.
852 Hz – awakens intuition.
963 Hz – activates the activity of the pineal gland and leads the body to its perfect initial state.
These are the so-called Solfeggio Frequencies. Of course, there are other frequencies, many of which are beyond the range of human hearing, but have healing properties.

Russian engineer George Lakhovsky, who developed the device, which he called a “multi-wave” generator (MVG), also understood the power of sound. He knew that certain frequencies strengthen the living being.