How many dimensions our world? 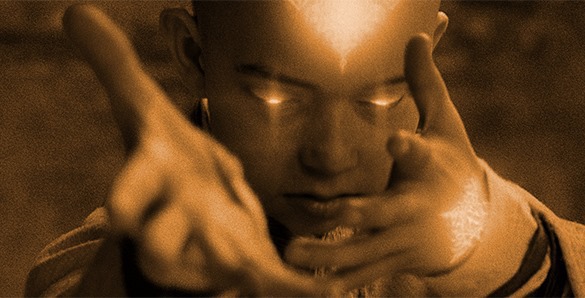 Standard scientific concept argues that we live in a three dimensional world, having length, width and height. Sometimes to three dimensions adds a fourth time… in the meantime, there are a variety of theories that add to the universe of measurements. Only their authors are mostly not scientists, and authors fiction books and movies.

The term was coined by the writer Samuel Delany. He drew attention to the fact that in many science fiction works, the characters leave their world and find themselves in another dimension.

Dilani suggested that paraproteinemia can actually exist. At the same time it has an impact on our world. When we experience otherworldly sensations, see or hear something that does not exist in our reality, it can be echoes of paraproteinemia, in other words — a parallel world. Though perhaps it is within our dimension…

It is a world consisting of only two dimensions, described in 1884 by the Minister and scholar Edwin Abbott written in the book. Its main character is a square. In a world where he dwells, the more the individual faces and corners, the higher his social status.

In a flat world there is no Sun and stars. Every Millennium in Flatland gets someone from the inhabitants of the three-dimensional world. But the flatlanders are not ready to believe in the existence of the third dimension… But the work is more of a satire on Victorian England than a science fiction novel.

It is described by the famous writer and paranormal investigator Charles Fort. He argues that there is a special dimension where all things are disappearing in our world. Sometimes they can go back there and then re-appear… this is the only way to explain the phenomenon of rains of animals and inanimate objects that take place in different parts of the globe. By the way, examining their geography, the Fort came to the conclusion that the Super-Sargasso sea stretches from the UK to India.

This term was introduced by writer Terry Pratchett. L-space is a special dimension that represents the library. But not in the usual sense, but in the sense of a global information field. There you can find any book that ever was written, to be written, and finally those that were only planned but never written… Some books can be dangerous, so in L-space it is necessary to follow certain rules… all the rules devoted only to senior librarians.

This term is used in many works of science fiction. It means something like a tunnel that you can travel to other dimensions faster than the speed of light.

The idea was probably expressed in 1634 by Johannes Kepler in the book, Somnium. Her characters need to get to the island, located 80 thousand kilometers above the earth. Open way there are only demons, who with the help of opium immerse travelers in a dream, and then transfer them to the destination, using them subservient to the force of acceleration.

Pockets Of The Universe

A physicist from the Massachusetts Institute of technology Alan Guth proposed the cosmic inflation hypothesis. One of her main ideas is that our universe is constantly expanding and as it expanded, generates an increasing number of space-time pockets — standalone universes, each of which has its own physical laws.

The theory of ten dimensions

According to this theory, also called superstring theory, measurements not three or four, and much more. At least ten. They can all influence our world, although we don’t see and mostly do not perceive them.

The fifth dimension exists in parallel with ours, is what we call the parallel world. Sixth is the plane on which there are all universes like ours. The seventh is the worlds that occurred under conditions substantially different from ours. The eighth is the dimension, which holds endless stories of worlds in the seventh dimension. Ninth located in worlds whose physical laws differ from our own. Finally, the tenth dimension contains all of this together. So more than ten dimensions the human mind to imagine just not able to…