If all species on Earth were reasonable, what would happen? 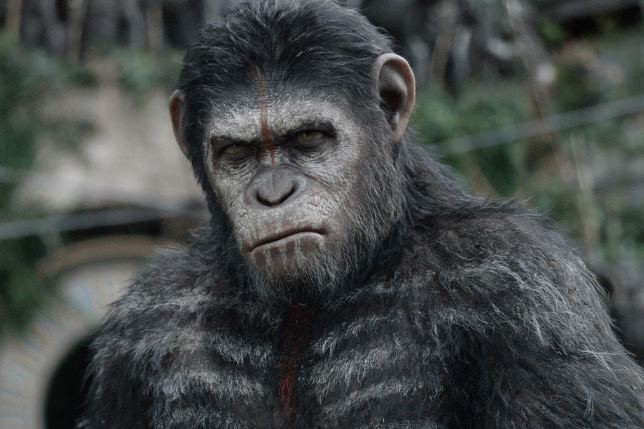 If all species on this planet were suddenly equally developed, whatever we did worked or fought? In the movie “planet of the apes” man finds himself in a world ruled by super-intelligent apes ruling over enslaved people. Pierre Boulle, the author of 1963, which formed the basis for the film, says that his now classic story falls under the genre of “social fiction”.

Let’s try to expand this fantasy to include not only monkeys with human intelligence, but all the species on Earth? What if each animal had suddenly woken up in the body of rational beings with consciousness? Would be the one creature to rule them all, like modern man, or all would come to some peaceful enlightened coexistence? This thought experiment may seem absurd at first glance — or at least impossible — but the search for answers to this question can reveal interesting (and sad) truths about human nature and our place as a dominant species of the planet.

Alas, but the hypothetical answer is you do not like it: “Chaos is a simple word that can describe what would have happened,” says Innes Cuthill, environmental and a behaviorist from the University of Bristol. “We certainly should not assume that the intelligence is good.”

“We’d kill each other,” says Robin Dunbar, an evolutionary psychologist at the University of Oxford. “People are not particularly known for their curiosity and peaceful intentions when meeting other people.”

Josep Call, a comparative psychologist at the University of St Andrews, agreed with previous speakers: “If you look at human history, it was built on friendship. Maybe today we’re a little kinder than it was in the past, but look at the world and tell me what it is.”

Given our long track record destroyed our species and even ourselves, there is no reason that we or other intelligent animals could behave differently. Rather broke to a Third world war. “We are very negatively and aggressively react to strangers and threats,” says Cathell.

Who would win in this case? In many species, of course, there would be no chance. Herbivores, for example, spend most of their time eating grass to accumulate a sufficient amount of energy to function. This limits the time they could invest in communications, production tools, the creation of a culture or participation in hostilities. Carnivores eaters of protein would be an advantage. Sharks, dolphins and killer whales, too, would have gone the distance, because they are limited by the ocean although the ocean could break your own underwater struggle for power. Likewise, animals that cannot exist outside of its niche — swamps, tropical forests, deserts, — would not be able to fight for the world, being tied to their surroundings.

Large predators such as lions, tigers, bears, wolves and even non-predators such as elephants and rhinos we have made a Jurassic Park. In the short term, they are likely to pose a threat to our sovereignty. And if we were naked and lost in the savannahs or the woods, they most certainly would have eaten us. But given our love of modern weapons and the fact that people far more than other large carnivores, in the long run we would have destroyed them (that is what is actually happening at present). Says Alex Kacelnik, an ecologist from the University of Oxford: “In the end, I think we would have pressed them to the ground. We would have won”.

But when on the battle field will carry the most fearsome carnivores, will have a new competitor: our closest relatives, the primates. As noted by Cathell, our technology largely determine our development as a species, and primates share much of our physiology that allows us to use our technology. Chimpanzees, orangutans, bonobos and gorillas could get access to our computers and to arm our guns, while taking advantage of benefits such as a stronger and more flexible bodies than men. They would have quickly enough started to create unique technologies, based on ours, for their own use.

However, the capabilities of our fellow primates, most likely, would depend on if they could somehow hack our stored knowledge, including knowledge about how to use technology, how to effectively wage war, how to understand us — the enemy — and much more. Harnessing this knowledge for their own needs will become the key to dominance, but hardly they will have to do it before we tame.

“If you give them all this knowledge, then, between humans and primates would have been a draw,” says Koll. — If not, despite the fact that they are strong opponents, they are unlikely to become the dominant species”.

And yet, if there is sufficient amount of time, the ability to adapt quickly to changing conditions and circumstances likely to be the most powerful weapon in the struggle for world domination. In fact, it is one of the skills underlying the ability of mankind to fight for the Land. Although we have evolved in the warm pastures, very soon, ways were found to inhabit environments that are unfavorable to us, from the mountain peaks to the tundra. Also, do not discount the strength and ability to avoid detection.

In other words, everything points to bacteria and other microbes that inhabit the Earth. Bacteria have no nervous system, so the idea to bestow their brains seems completely far-fetched, even worse than the idea to give consciousness to other multicellular species. But this impossibility is rather a blessing, given the large number of bacteria. “Bacteria everywhere, even inside us,” says Koll. They would be very, very strong contender”.

“I wouldn’t be surprised if it won something small,” says Dunbar. I think we probably could have become a victim of the most primitive forms of life, bacteria and viruses.”

“People would be in serious trouble if they had to fight with the reasonable bacteria, including the bad. Part of the problem is that we would not be able to get rid of all because they are important for our own survival.”

If mankind died, the conflicts most likely would have continued to rage. There is no reason to believe that any animal with the intelligence level of Homo sapiens will behave differently than we do, if we talk about the exploitation of other species and resources. Exactly the same could erupt and intraspecific conflicts. “Don’t forget that the animals do not solve problems for the good of their species, says Kacelnik. — They compete within a species for the benefit of their own kind, their cultural or family group.”

In any case, this experiment probably would have ended badly for almost everyone. As the dying out of species, were killed and the ecosystem, and would remain only the most resistant bacteria, cockroaches and possibly rats — who will inherit the Earth. And the remaining types would destroy the planet as we do. Because there is no reason to believe that someone will take up the mind and will behave more “humanely” than we are, in relation to the world. Perhaps it is because the Earth is only one Lord, we are seeing the balance of nature.