In September, Nibiru will face the Earth 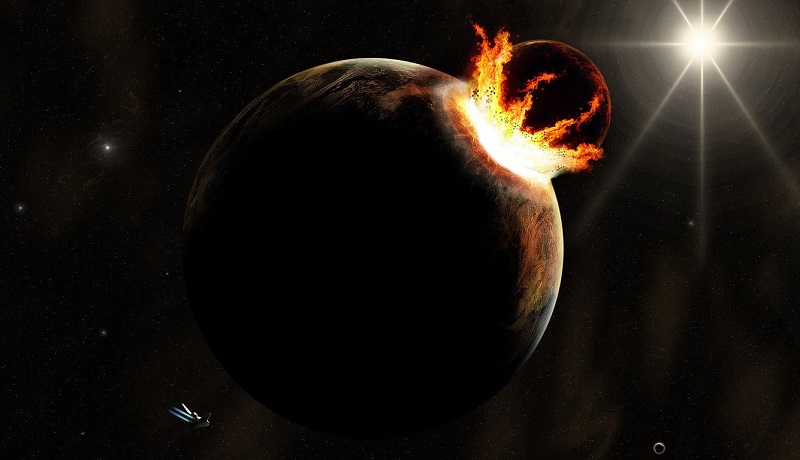 Our world will burn in the fire in the next few weeks – said numerologist David Mead. Earlier this year, he prophesied Earth’s collision with the planet Nibiru, and now he has found new evidence of the coming apocalypse.

Christian numerologist David Mead again warned earthlings that mysterious planet Nibiru, or Planet X, will face soon with our planet. According to his theory, the end of the world will come between September 20 and 23, and the proofs of this have been described in the Bible and on the walls of the Egyptian pyramids.

“It is very strange that the Great Sign of Revelation 12 and the pyramid of Giza point to the same date. The day of the Lord will come on September 23”

Mead believes that the planet Nibiru will be visible from the surface of the Earth in the middle of September, and by the 23rd it will collide with our planet. He had already made this statement at the beginning of the year, based on quotations from the Bible, and now he has become even stronger in his opinion, adding marks on the pyramids as new evidence.

Despite the information from the tunnels, Mead took his prediction from Isaiah’s prophecy, chapter 13 9-10, which reads: “Behold, the day of the Lord comes fierce, with anger and flaming rage, to make the earth a wilderness and to destroy her sinners from her. and the lights do not give them off their light, the sun fades at its rising, and the moon does not shine with its light. ”

Despite the fact that NASA refuted this information, and no mysterious cosmic bodies appeared in the field of its observation, many believe in this prediction. Others reproach Meade for the fact that all his evidence is not scientific, but relies only on religious texts.