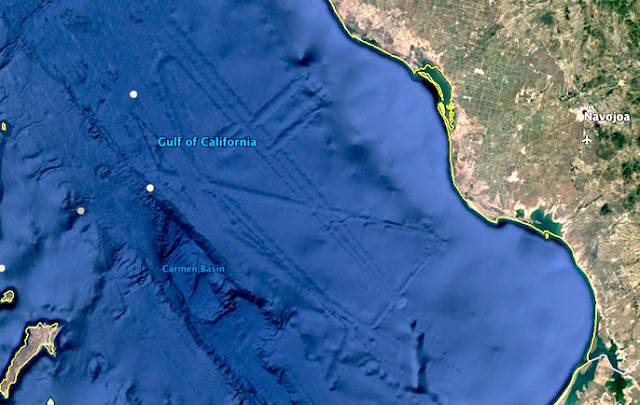 City UFO discovered using Google Maps. Waring noted that in California’s famous Bay are clearly visible strange band. Then the UFO found in the Gulf top of the pyramid.

All this gave Waring the idea of the underwater city of the aliens. Ufologist sure that California is a huge database of alien pyramids on site. “It is huge, so it is not surprising that we often record the flights of UFOs over Mexico,” says Waring. Ufologist already asked my colleagues from California to conduct the necessary research in order to find the underwater city.