In the picture NASA found a hint of an apocalypse 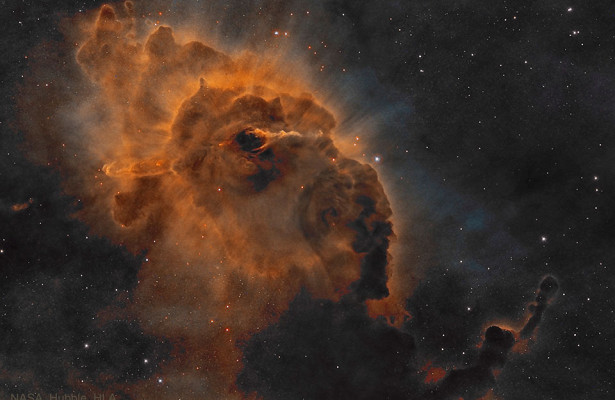 The best astronomical image on December 6, 2017, according to the US space agency NASA, frightened fans of esotericism.

They spotted in the portrayal of the Carina Nebula, some 7.5 thousand light-years distant, signs of the coming apocalypse. In the opinion of numerologists, the horror of the situation is added by the name of the object hiding the young star in the giant dust column on the picture – Herbig-Haro 666. As you know, this number has long been considered devilish. Astronomers added to the name “light touch” – The Axis of Evil (Axis of the Devil). For whatever reasons, they did it, it’s difficult to understand. If you still dream a little, then the date of publication – December 6 – theoretically “decomposes” into a notorious number. After all 12 it is two “sixes”.

The photo taken by the Hubble telescope really makes you tremble. According to NASA experts, it resembles a beehive, but there is something alarming and ominous in the picture. A giant column, according to astronomers, is formed by the streams of matter of hot and massive young stars within a distant nebula, some of which are still at the formation stage.

End of the world according to the Mayan calendar is expected pretty soon – December 21. Earlier it was claimed that the apocalypse was due in 2012. But the translators were mistaken. This was told by amateur researcher Stephen Fletcher.