Physicists have proposed a scenario for the evolution of additional dimensions 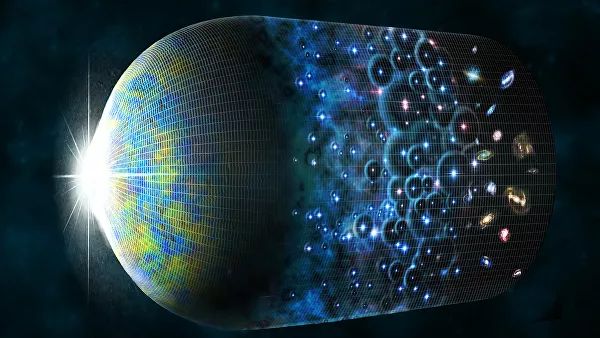 A team of physicists from the National Research Nuclear University MEPhI (NRNU MEPhI) proposed a model for the evolution of additional spatial measurements at high and low energies. According to the researchers, this will make it possible to clarify how our Universe was formed, and in the future may indicate the ways of human survival in the conditions of its gradual cooling. The results of the study are published in the European Physical Journal C.

According to experts, the most common base for theoretical research in physics at present is the idea of ​​the existence of additional dimensions besides the well-known three spatial and temporal ones. It is assumed that the size of the additional measurements is so small that modern instruments are not able to detect them.

Scientists of NRNU MEPhI together with colleagues from the Institute of Mathematics and Mechanics N.I. Lobachevsky Kazan Federal University investigated why our Universe has grown to a gigantic size, and additional spaces have remained microscopic. The theory of the Big Bang was taken as a basis, as a result of which our world arose, and the Universe began to increase in size.

“We found out that everything depends on the initial form of the additional and main spaces. Analogy: if you, being at the top of the mountain, allow two balls to slide into the valley, then even if at first they were close to each other, in the end they can to be on different sides of a pass, ”commented Professor Sergei Rubin, professor at the Department of Elementary Particle Physics, NRNU MEPhI.

The researchers noted that the set of observable physical parameters is quite large: masses of particles, their charges, the number of types of particles, and so on. Therefore, scientists say, the extra space that describes them must have a very complex shape.

Successive restoration of this form is a difficult task, the solution of which will last more than a dozen years.

Scientists emphasized that, like all basic research, the work is an attempt to obtain new knowledge that will be used in the future to preserve civilization in the Universe, which gradually cools after the Big Bang.