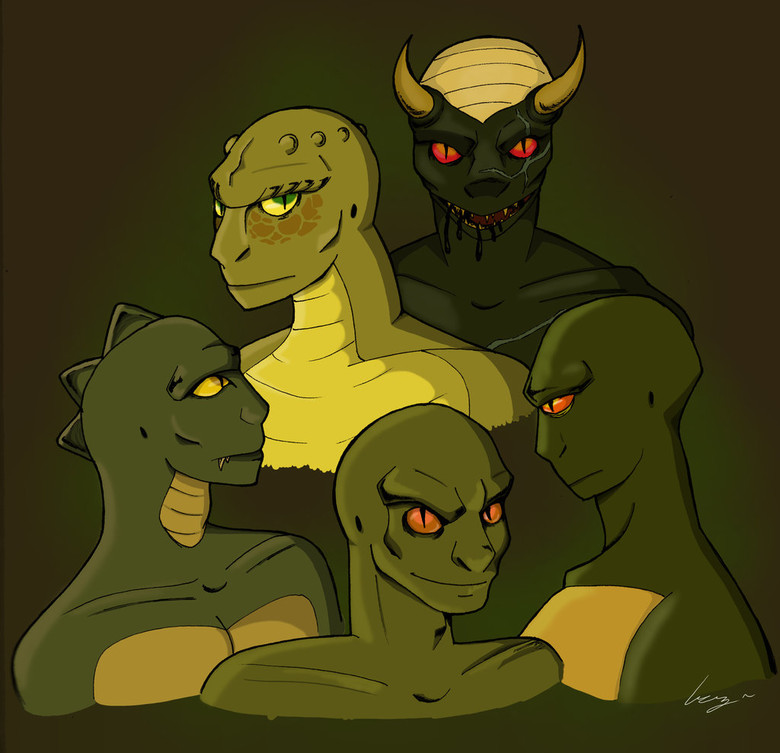 According to a sociological survey conducted in 2013, 12 million Americans believe that the US government – reptiles, or hybrids of humans and lizards, cleverly disguised as ordinary people.

Talk about the fact that earthly authorities are cooperating with the aliens allowing them to abduct humans and mutilate animals began in 1980-ies.

Englishman David Vaughn Icke went further. He said that all earthly politics – or people disguised as aliens, or people who carries the genes of reptiles.

Before IKE was a professional soccer player, but arthritis forced him to interrupt his career. He became a sports commentator on Bi-bi-si, then joined the green party. In 1990, visiting a psychoanalyst, David has experienced mental shock. In his head he heard the voice, saying that he must save the Earth.

IKE wrote several books about conspiracy theories, according to which the Earth has long captured aliens. And in 1999 he published the book “the Greatest secret”, which says that we are ruled by reptiles from the planet Dragon.

Several million aliens, according to the author, live in underground caves on Earth and interbreed with humans. They have developed a technology of mind control and is able to influence our minds via television, computers and other electrical appliances, even if the cord is simply connected to the network, and the device not working.

Presidents and monarchs, and just the powers that be in varying degrees are their genes. Those who are too much like lizards, hiding his appearance by using some magic actions. To expose them only one way. Chelovekami, says IKE, is not able to pronounce the word “kininigin”.

The blood of those killed were mixed with arsenic – an element necessary to power the reptilians, and drank. After that the reptilians were no longer pretend to be human, showing your real colors. Among them Jennifer saw U.S. presidents and their wives. According to her, in France she conducted the ceremony with the participation of the Pope. His name it is not called for ethical reasons.

The power of the reptilians over the mind of Anne of green beginning to fade, when he died, the Creator of its “program submission”. This allowed her to tell about the true appearance of the powerful.

“The United States could lose your freedom? writes IKE. – My God, it was never here”.

The David Icke found many supporters and followers. Among them were Stuart Alan Swerdlow is a descendant of the legendary Bolshevik Yakov Sverdlov.

He claimed that he “communicated with aliens and beings from other dimensions in the course of its work in secret government projects.” Most reptiles and hybrids, says Sverdlov, living under the earth, where huge cavity burns small sun:

“Inner Earth is home to reptiles, survivors of the war between Atlantis and Lemuria. There they have created an underground civilization. Hence arose the legends of hell and demons living in fire under the ground. They built tunnels with fast transport like the subway, built underground city – Akkadia, Agartha, Shambhala.

These passes are visible from space. Artificially created entrances are located under the Giza plateau in Egypt, under the Denver airport, the largest air force bases, as well as many temples, in India and China.”

The open domination of reptiles only prevented other extraterrestrial civilizations. Reptilians are hiding because of them.

Earthlings used in satanic rituals is not only to satisfy the thirst for violence, but in order to successfully masquerade as humans. The older hybrids, the more they need blood and rend under torture “vibrations.”

All except Kennedy, Jr., during the ritual turned into lizards. On the sexual side of rituals we can only say that there is not matter neither age nor gender of the participants.

When the new-fangled theory of the conspiracy was impossible to ignore, historians and sociologists had to seriously look for its origins. Professor of political science Michael barcuna from Syracuse University found that it is based on… a fantastic story of Robert E. Howard, “the Kingdom of shadows”, published in 1929.

Howard is mainly remembered as the Creator of Conan the barbarian is a beefy character, very favorite writers in Hollywood. The hero of “Kingdom of shadows” was another physically gifted character. It was in the times of Atlantis. King Kull, who seized the throne of Valusia, were alerted to the existence of a nation of reptiles:

“These creatures can impersonate anyone. They are somehow magical spell to throw on the veil spell, and they can not be distinguished from the living man… was a long and terrible war, centuries passed until people began the race, owns the world. People in the end won… Humans, snakes survived and returned in masks, when the human race is weakened and forgot about the old battles.”

Mentioned in the story and the fact that the brow-velamuri trying to grab power by all means including the substitution of rulers: “Kings owned Valusia as people, but, dying in battle, dying like a snake… How could this happen? After all, these kings were born of women and lived as people live! One answer: the real kings secretly murdered, and the priests of the Serpent have taken their place. And no living soul had no idea about this”.

Is there a magic word with the head of the issuing reptilians. Only it sounds different – “ka nama Kaa lauerma” and not “kininigin”.

The second point of reference was the story of Warren Shufelt, a mining engineer from Los Angeles. In 1934 he stated that under the earth there is another city built and inhabited by intelligent lizards. Using a “radio x-rays” (dowsing) he mapped the scheme of the rooms, passages and tunnels. Warren received permission to drill in the center of the city. After 76 meters, it is the tunnel the raptors stumbled to the ground water and stopped working.

Both stories used a American esoteric Claude Doggins, the founder of the sect “the Brotherhood of the white temple”. In the brochure “Mysteries of the Gobi”, written under the pseudonym Claude Morris Doreal, he described hiding in the underground shelters, the snake-people.

In 1948, Goggins wrote another work – “Flying saucers from the occult point of view.” There, in particular, stated that the snakemen have replaced Stalin. Now nuclear war is inevitable. He called on all who cherish life, to settle in he founded an “Ashram Shambala” among the Rocky mountains – the only place that nuclear Holocaust.

The beginning of the war was foretold by Doggicam “may, August or September, 1953”. 800 members of the sect settled in a mountain valley and had closed the gates to outsiders.

As the years passed, but the nuclear war never started. After the death Doggins in 1963, sect noticeably thinned out, but not ceased to exist.

David Icke admits that the Morris Doreal was one of the sources of his works. Another author, mentioned by David, was occultist Robert Dickhoff. In 1951 he wrote the book “Agkharta” that describes the Alliance of underground reptiles and “black magicians” among the people.

They send negative energy into the brains of his victims, provoke murder, war, collapse. Only Tibetan warrior-monks are fighting on a physical and mental level with the damned creatures and their allies.

“Now it is enough to think about the amphibious serpent people living in human form, to feel their ominous radiation – wrote Dikhoff. They often occupy high positions, respected, rich and serve the Lucifer”.

In the early 1970-ies appeared the first rumors about an underground alien bases. Over time, they merged with the stories about underground shelters reptilians. Now for the birth of a legend was enough to imagine that the reptile had seized power.

The last straw was filmed in the 1988 movie John carpenter’s “They live” (“Strangers among us”). David Icke in his book Children of the Matrix” writes: “If we trace the career of a carpenter, it will become clear that he is among the dedicated. I highly recommend to watch this film about an extraterrestrial race invaded Earth and disguised as humans”.

Many ufologists agree that disguised aliens live among us, although we try to stay away from sensational stories about the reptilians. David Jacobs, a well-known researcher of the abduction, and called the last book: “Walking among us”. If people manage to catch such an alien or alien hybrid features all the myths in one moment would be a reality, and the fears will become a reality.