Scientific evidence for the existence of God? 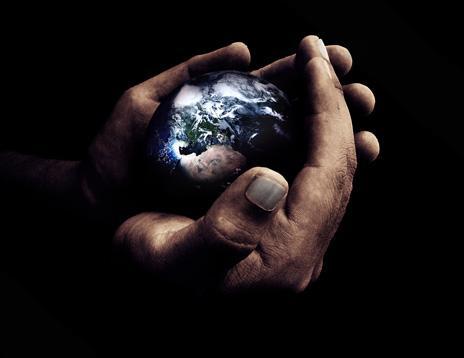 An American supporter of the theory of intelligent design Thomas Woodward visited Denmark and presented a rebuttal of the Darwinian theory of evolution. May Saturday evening, Thomas Woodward is a Church of Haines in rødovrea. The audience is prepared to listen to the third lecture of Woodward entitled “Scientific evidence for the existence of God?”

At the invitation of the lecturer is described as follows: “Dr. Thomas E. Woodward is a Professor from Trinity College in Florida and the author of several books questioning Darwinism. Woodward will talk about the research results that do not support a pure materialism, but rather give reason to believe in God the Creator.”

In other words, Woodward is a supporter of the idea of the so-called intelligent design. The idea that science and particularly Darwin’s theory of evolution cannot explain the origin and development of life. Behind all this is God.

The author of intelligent design.

Thomas Woodward believes that the author of the idea — the Christian Lord, but stressed that there is no need to believe in him, to see evidence of intelligent design. You just have to look at nature.

“The theory of intelligent design, examines the physical world to find out what is caused by nature, and that divine plan. To ensure that the theory is correct, we can, by studying the samples and detecting in the nature of the evidence.”

The most convincing evidence offered by the biology, the Professor says and cites several examples that this article will comment on two Danish scientists-the supporters of the theory of evolution — biology at the University of Aarhus Peter Funch (Peter Funch) and Professor of zoophysiology in the same school Tobias Wang (Tobias Wang).

Skepticism about the basic principles of evolution

The theory of evolution is based on two basic principles of mutation and natural selection. Mutation — a change in genetic material that transforms the entire body, but natural selection is the primary mechanism of evolution. Individuals whose genes are best suited to the environment, the most successful in survival and reproduction.

Sometimes occur and adverse mutations that they impede survival and is therefore not transmitted to future generations. In other cases, the mutation is useful, as make the body stronger and give him more chances to survive.

“Mutations destroy, not create. The question is whether there is credible evidence that mutations and natural selection can create something new. In my opinion, is the Achilles heel of neodarwinists theory”.

And what is the opinion of Danish researchers?

“Indeed, most mutations are detrimental, but not true that they are solely destructive. Sometimes there are mutations that make the organism more resistant and giving it an edge over other individuals who do not have the same mutations,” says Peter Funch. Tobias Wang also disagree with the assertion of Woodward.

“Yes, most mutations are destructive, but they will be eliminated and remain only a few positive version. This mechanism is well described”.

As a concrete example of natural selection can be called resistance of bacteria to antibiotics.

People with bacterial infection can be treated with antibiotics that kill bacteria. But some bacteria have genes that enable them to better resist antibiotics. If they survive, they begin to reproduce in the body of the patient, and there is a new generation of antibiotic-resistant bacteria with the same genome. Continue in the same spirit. Individuals whose genes are best adapted to the environment survive.

The mystery of the Cambrian explosion

“The most powerful evidence of design in nature is that living organisms appeared suddenly in the Cambrian geological period, without any signs of the action of evolution. In the Cambrian suddenly came sea animals, but under the Cambrian layer is an empty layer with only one fossil microorganisms, e.g., bacteria.”

Thomas Woodward says about the so-called Cambrian explosion about 540 million years ago. According to the finds of fossils in the early Cambrian suddenly appeared marine fauna. Woodward believes that this phenomenon cannot be explained through the theory of evolution.

Animals existed before the Cambrian

The phenomenon of the Cambrian explosion is still not found credible scientific explanation, but there is nothing unnatural, says Peter Funch.

For example, many believe that the increased oxygen content in the atmosphere, which determined the existence of a number of forms of life. There is a more simple explanation.

“Find any fossils today means that they are kept in exceptional conditions. So the farther in the past, the less the probability of such finds. The fossils of the Cambrian period found in a small number of places where you could, for example, to occur the landslide and buried under a fauna. The fossils were preserved, because they did not have oxygen,” the scientist said.

Scientists continue to argue about why, according to the findings, at the beginning of the Cambrian period saw the emergence of complex life forms.

Bats challenge the theory of evolution?

During a lecture in rødovrea Thomas Woodward shows pictures of fossil — bat.

“This is a bat of the Eocene, that is, approximately 50 million years. As you can see, its structure is almost identical to the structure of modern red evenings. Just incredible, isn’t it? According to the theory of evolution, early bats should be different from the present. We cannot follow the development step by step was talking about Darwin,” says Thomas Woodward.

He then shows an image of fossil fern. It is also so similar to modern, which is growing in any forest around the world, they are easy to confuse.

But, according to Tobias Wang, this is not a argument against the theory of evolution.

“Bats or ferns has changed little, because they already took the form, ideally suited to the environment. Evolution by natural selection does not mean that every body will definitely change over time. Once the bat so well adapted to their living conditions, quite naturally, she doesn’t.”

While we have no conclusive explanation for the emergence and development of the universe and life in it, the conflict will continue between the natural Sciences and the theory of intelligent design, and maybe even longer, because science by definition cannot prove that the Creator did not exist, concludes Tobias Wang.

“The discussion about whether there is a Creator of all, never exhausts itself. We are talking exclusively about faith. If someone prefers to believe that the universe and life arose as a result of divine intervention, it is a question of religion. Of course, in science with this have difficulty. Even if found a natural proof, the followers of intelligent design can always take a step back and point to the Creator as the cause of everything.”