The 1917 photograph depicts a time traveler 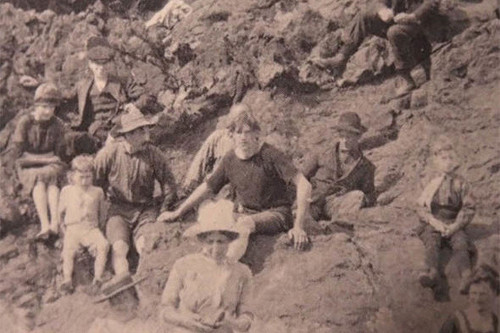 A photograph of 1917, made in Canada and published in the book The Great History of Cape Scott, seems quite ordinary. However, among a group of people on a hill, dressed according to the fashion of the time, a young man in a T-shirt and shorts, and even a modern hairdo, stands out clearly.

At the same time, it seems that the people sitting next to them are surprised by the presence of the traveler in time, and they look at him with bewilderment. As if he suddenly appeared during the shooting.