The door to parallel Worlds 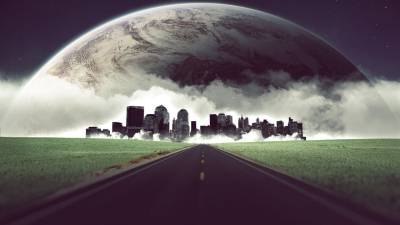 A few years ago, the British medium Lady Forsyth made a statement, shocked the British public. She reported that she found the transition to a parallel world. Open it, the reality turned out to be a copy of our world, only without the problems, diseases and any hint of aggression.

Opening foresight was preceded by a series of mysterious disappearances of adolescents in the fair house of laughter in the city of Kent. In 1998, there were four young visitors. After three years, lost two more. Then another. The police knocked down, but found no trace of the abduction of children.

– In this story a lot of mysterious, ” says Kent detective Sean Murphy. For example, all the missing were familiar with each other, and disappearance happened in the last Thursdays of the month. Most likely, there are the targets of a serial killer.

According to the version of Murphy, the offender got into the house laughing through a secret passage, which, however, were not discovered by the investigators. As well as other traces of the killer. After their searches, the farce had to cover. Anyway, and it turned out that the wanted Teens are almost vanished into thin air. After closing the mysterious space loss stopped.

Output in the world was in one of distorting mirrors — says Forsyth. To use it, apparently, only on the side. Probably, someone accidentally opened it when the first missing were nearby. And then caught in this trap teenagers began to divert to their friends.

The curved mirrors also observed during the study of Tibetan pyramids Professor Ernst Muldashev. According to him, many of these giant structures are associated with different-sized concave, semi-circular and flat stone structures, which scientists call a “mirror” — because of their smooth surface. In the area of the proposed action of the expedition muldasheva felt not very well. Some saw themselves in childhood, some as if moved to an unfamiliar place. As said the scientist, through such “mirrors” standing near the pyramids, you can change the time and manipulate space. Ancient traditions state that such complexes were used for the transition to parallel worlds, and, according to muldasheva, this is not a complete fantasy.

Seriously about the existence of parallel worlds talked about in the last quarter of the last century, when the number of UFO sightings has exceeded one million. Scholars have rightly observed that if such evidence were a dozen, the version about the alien guests were still withstand criticism. But with so many only officially registered messages from all over the world it is absolutely unreal. What is our planet so interested in neighbors in the Universe? And do intergalactic flights for them — something like going on picnics? Consequently, their “aerodrome” is likely to be on the Ground. But where?

– There is a hypothesis that our universe is not three-dimensional and eleven — says science fiction writer and scientist, head of the socio-educational center “Kosmopoisk” Alexander Kazantsev. — It could accommodate three three-dimensional world, separated by two transient measurements. And all the three worlds, seeing each other, as if placed on three floors of the planet. One — we, the other two have “inosense”.

If so, it immediately becomes clear why the most powerful and advanced radio telescopes have never recorded a UFO when he flies to the Ground or leaving it.

– In 1930 the scientist Charles Frot coined the term “teleportation places”, — says the head of the expeditionary center “Kosmopoisk” Vadim Chernobrov. — So he designated the zone, where he was awarded the inexplicable and invisible displacement of objects in space. They do exist, they’re referred to individual researchers. But our attempts specifically to provoke teleportation is not yet possible.