The Hadron Collider destroyed our Universe? 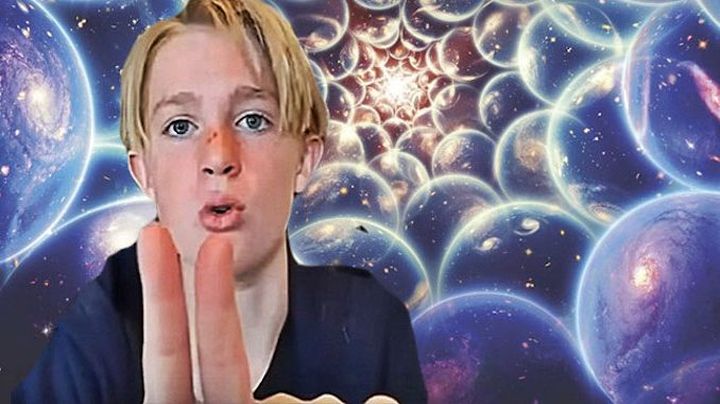 Max Laughlin is not an ordinary guy, he’s probably the smartest guy in the world. And he says he found evidence that CERN destroyed our universe. Laughlin argues that CERN destroyed the universe during recent experiments, which led to the fact that we now live in an adjacent, parallel universe.

Science is barely beginning to break through the surface to the nature of reality, and yet its discoveries are more shocking than we could imagine. Evidence for this is quantum entanglement, a single field of consciousness, free energy, superhuman abilities, singularity, parallel universes and alternative realities.

All this is so stunning that you will never believe that a child can understand this. But maybe we need a child, someone who is brave enough to think about crazy ideas and theories, because most of the world in which we live today was built on that.

Max Laughlin is not just a child. He’s probably the smartest guy in the world. When he was only 13 years old, he invented a free-energy device, something that could potentially provide the world with free energy. He became known throughout the world for his brilliant ideas and point of view on interesting topics such as the nature of the universe and alternative realities.

But now he has a theory that CERN destroyed our universe, and we live in another universe that was parallel and closest to it. He thinks that the famous Mandela effect is the result of this.

The Mandela effect is a phenomenon associated with collective memory. When many people remember certain events not as they are now described by official history. People swear that they saw with their own eyes and taught in schools and universities is not what they say now. It looks like a strange collective insanity.

The name of this phenomenon, the Mandela effect, appeared after the death of Nelson Mandela in 2013, when thousands and hundreds of thousands of people began to write on the Internet, which they perfectly remember, about the death of Nelson Mandela in the 1980s in prison. And why should one deceive the world that he died again, but already in 2013? Psychologists were not ready for such massive insanity, when a huge number of people simultaneously declare the same thing, without any obvious cause or benefit.

But, there was one small detail. They could not provide any evidence to their words. Generally no. And in the modern world, even if a billion people say that they saw a UFO, it will still be a fantasy for the remaining 6 billion. To confirm your words, you always need to bring paper, a certificate, an extract, a video, material evidence. Your testimony in a normal court will not be accepted on faith. That is, bring to the court still HAD SOMETHING.