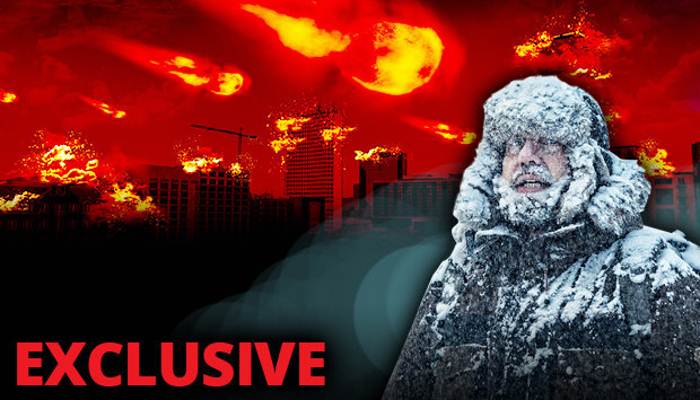 In the coming days, people around the world will be able to observe the spectacular meteor shower Taurid in the night sky. The so-called Taurids, also known as “Halloween fireballs” – is the annual meteor shower observed in September-December. It is believed that the Taurids are fragments of the Enke comet, which, after separation from the main nucleus, have greatly altered the orbit and now each year intersect with the Earth.

It is obvious that in the coming weekend the Taurids observed in the northern hemisphere will reach their peak, showing an unforgettable night spectacle to the eyes of the observers. Nevertheless, despite the fact that many people are preparing to enjoy the wonderful natural fireworks and prepare their cameras, a well-known expert on comets warns that this wonderful spectacle can be the last in the life of these aesthetes.

Graham Hancock, author of the well-known bestseller Magician of the Gods, claims that the meteor shower of the Taurids is the cause of a huge catastrophic event that is regularly repeated on the planet with a period of no more than 12,800 years. If humanity does not take active steps to protect, starting to prepare right now, the catastrophe will inevitably happen again and people will not be ready for it, as it was the last time.
Graham Hancock writes on his Facebook page: “The new secret scientific research, which the general public is largely unaware of, clearly defines this meteor shower as the main hidden threat in human history.

In the past, the Taurids have already introduced their destructive correction into the development of the civilization of our ancestors. The same will happen in the very near future, if people all over the world do not unite in a common space project, whose task will be to set some corrective actions. ”
Graham Hancock believes that 12,800 years ago it was the Taurids that led to the Ice Age and the complete destruction of the ancient protocivilization. Despite the ridicule of some of his fellow scientists and accusations of intimidating the townsfolk, Graeme Hancock argues that his goal is simply to warn of potential catastrophes of those who wish to know about it:

“I am already accused of both obscurantism and the spread of panic, but I do not care about that, arguments are not my goal. In the book “Magic of the Gods” (Magician of the Gods), I collected an incredible amount of astronomical, historical and archaeological material about the catastrophes that destroyed the civilizations of past eras. And the Taurids are the first candidate for the Destroyer.

At present, humanity already has technology to protect the Earth from the visits of this legendary Destroyer, but governments are spending more money on creating more sophisticated methods of delivering weapons of mass destruction than protecting them from threats from outer space. If these budgets were not spent on killing their own kind, but instead were transferred to protect the Earth, to ensure future generations of humanity – we would not have anything to worry about. “