The Moon is an artificial satellite? 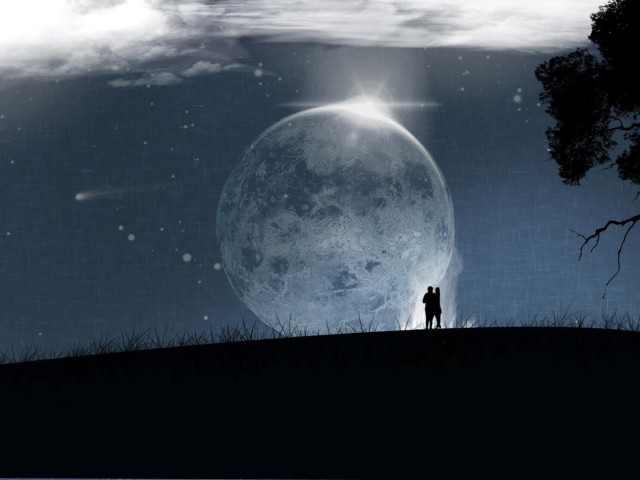 Since ancient times, the best minds thought of this satellite of the Earth, but only in 60-ies of the 20th century, Mikhail Vasin and Alexander Shcherbakov of the Academy of Sciences of the USSR put forward the hypothesis that, in reality, our satellite was created by artificial means. This destroying all the foundations of traditional science, the hypothesis has eight main arguments which highlight some obvious facts about the moon.

The first mystery: an artificial satellite.

The calculations showed that the orbit of motion and the size of the moon are physically impossible. The size of the moon is quarter the size of Earth, and the attitude values of the satellite and the planet is always many times less. In the studied part of the cosmos is one example of such a relation.

Distance from the moon to the Earth is such that the size of the Sun and the moon visually identical, which is not found anywhere else. This is what allows Earth to observe this rare phenomenon of a total solar Eclipse when the Moon completely covers the Sun. The same mathematical impossibility is the ratio of the mass of both celestial bodies.

If the Moon was a cosmic body, which at some point was drawn to the Earth and gained over time in a natural orbit, calculated and almost this orbit had to be elliptical. Instead, it is strikingly round.

The unlikelihood profile, which has the surface of the moon, is inexplicable. The moon is not round body, which she ought to be. The results of geological investigations on it lead to the conclusion that this planetoid – a hollow ball. Although he is such, modern science cannot explain how the Moon can have such a strange structure, it does not samaratransgas.

The third mystery: craters of the moon.

The explanation for the huge number of meteorite craters on the moon’s surface is widely known and very clear – the lack of atmosphere. Most cosmic bodies that are trying to enter the Land, you encounter miles and miles of atmosphere and just burn it. What little space “rock”, “lucky” to get to the surface.

The moon also has no protective shell, which protects its surface from meteors. What remains unexplained is the shallow depth which could penetrate the above-mentioned guests from space. Really looks as if a layer of extremely durable substances did not allow the meteors to penetrate closer to the center of the satellite.

Even the craters with a diameter of 150 kilometers does not exceed 4 miles down! Although estimated, the body is able to leave a crater of this size would have to break into at least 50 kilometers. And such a crater on the moon there is none.

The fourth riddle: the sea.

As formed “lunar sea”? What is it? Where? These giant square solid lava, which must come from the inner part of the moon could easily be explained if the Moon was a hot planet with liquid inside, where they could occur after a meteorite impact. But the Moon, judging by her dimensions, was always cold body and had “intraplanetary” activity. Another mystery – the location “of the lunar seas.” Why 80% of them is on the visible side of the moon and only 20 for the invisible?
Artificial Moon

The gravitational pull on the moon’s surface is not homogeneous. This effect has already been awarded by the American crew of Apollo VIII, when he overflew the area of the lunar seas. Masconi (concentration of mass) are places where it is considered that there is a substance of greater density or in large quantity. This phenomenon is actually closely associated with the lunar seas, as masconi located almost under them.

The sixth mystery: the unexplained asymmetry.

A rather unexpected fact, which still can not find any explanation, is the geographical asymmetry of the moon’s surface. Dark side of the moon has many more craters (this is somehow understandable), mountains and terrain. Moreover, as we mentioned, most of the seas, on the contrary, is on the side that is visible from Earth.

The density of our satellite is 60% the density of Earth. This fact together with various research proves that the Moon is a hollow object. And according to some scholars, the aforementioned cavity is clearly artificial.

In fact, taking into account the location of the surface layers, which have been identified, scientists say that the Moon looks like a planet that formed like a “Vice versa”, and some use it as an argument in favor of the theory of artificial casting or Assembly.

In the last century for a long time conventionally adopted have been three theories of the origin of the moon. Currently, most of the scientific community, of course not formally, but accepted the hypothesis about the artificial origin of the moon as a planetoid no less reasonable than others.

The first and oldest theory suggests that the Moon is a fragment of the Earth, but huge differences in character of these two bodies make this approach virtually untenable.

The second theory is that this celestial body is formed at the same time as Earth from the same cloud of cosmic gas. But it is also melocotonero, as the Earth and Moon would have to have a similar structure.

The third theory suggests that, wandering through the cosmos, the Moon caught in the gravity of the Earth, which has turned her into his “prisoner”, after taking. A big drawback of this explanation is that the moon’s orbit is almost circular and cyclical. In this phenomenon (when the satellite is “captured” by the planet), the orbit will be sufficiently remote from the center or to represent the ellipsoid. And in our case the Moon, as though specially “suspended” on this unnatural orbit.

The fourth assumption is the most fantastic of all, but it explains many anomalies and absurdities associated with the Earth. If the Moon were constructed by intelligent beings, the laws of physics, to which she responds, would not be equally applicable to other celestial bodies.

In this case, it is appropriate to ask: if this theory is correct, then what purpose was created and designed by Moon? There is an explanation that the Moon was built by an ancient human race that had sufficient technological capabilities to implement this global project and served some utilitarian purpose. Adjustment of the climate of the Earth, providing the planet the “free” light at night, staging a spaceport – we are now it is impossible to understand what was the purpose of the ancient creators.

The mysteries of our only satellite, by scientists Vasin and Shcherbakov is just some real physical assessment anomalies of the moon. In addition, there are many video and photographic evidence, research findings, for the most part kept secret by governments, giving reason to believe that our “natural” companion is not.