The most incredible theories about the universe and reality 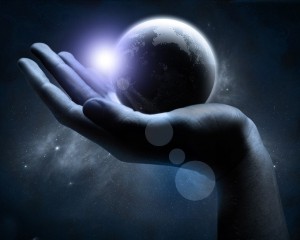 The reality is not so simple as it may seem to us at times. Things that we take for granted and whose truths are completely sure, can turn out to be completely opposite.

Scientists and philosophers are doing everything possible to turn our ideas about what exists around us, which you can see on the following examples.

1) Large freezing. Theory of the Universe.

This scientific theory tells how the universe will end its age. Although the process itself will not look like turning everything in space into blocks of ice, as you can imagine, the problem will be very serious.

The universe has a certain amount of energy, but when this energy is consumed, according to theory, the universe will gradually slow down. That is, it will slowly lose heat, because heat is formed by the motion of energy particles. Slowing down the speed, everything in our universe will eventually stop.

Solipsism is a philosophical theory that claims that nothing can be proved, except for the existence of someone’s mind. At first it may seem stupid, because who wants to deny that the world around him really exists? However, to prove that reality exists in reality is impossible, but the existence of individual consciousness can be proved.

Remember all the most memorable dreams that you have ever seen. What you saw in a dream seemed to you a reality? Do you think that you can prove the existence of your family and friends, since you can touch them? But this is not so.

People who are under the influence of LSD, for example, are able to say with certainty that they saw and touched people and objects, but these were just hallucinations. In the same way, one can not say that the reality in which you are now is not the same hallucination.

The existence of what in our world can be proved? We can say with confidence about the existence of only our thoughts. I remember the plot of the movie “The Matrix”. Probably, it was invented by the supporters of the theory of solipsism.

Idealism is a philosophical concept that states that all things in the world exist as an idea in our consciousness, or rather, in someone’s mind. George Berkeley, a well-known idealist philosopher, understood that his theories were regarded by contemporaries as stupid and untenable.

One of his opponents closed his eyes and hit a stone with his foot. By this he wanted to show that if the stone really existed only in his mind, he could not push him with his eyes closed. Berkeley said that there is a very powerful and omnipresent God who can simultaneously perceive everything and everyone. It is up to you to decide how plausible this theory is perceived.

Everyone knows about Plato – the famous ancient Greek philosopher, who also had his thoughts about reality. He argued that, in addition to peace, which is familiar to each of us, there is another world – the “world of beautiful forms.” All the things that we see around are just shadows, imitating real things.

Plato believed that everything in the world was created only from substance. This means that water, gold, air, products of life – all this consists of the same substance, represented in different types. According to the ideas of modern science, this theory is not far from the truth.

In other words, yesterday does not exist at all, and this text will be real in the future, only if you read it again. The future does not exist, since time can not be both behind and ahead, as the philosopher Augustine the Blessed asserted.

6) Philosophical approach of the Eternalism.

Opposite to prezentism theory. According to this philosophy, time actually has many layers and can be compared to a biscuit cake. All these layers exist simultaneously, but which particular layer the particular observer sees depends on where he stands.

For example, dinosaurs, World War II and Justin Bieber exist in the same time, but can be viewed from different angles. According to this theory, the future has long been defined, and freedom in choosing options is just an illusion.

7) The mental experiment “Brain in a flask”.

“Brain in a flask” is a mental experiment, a problem faced by scientists and philosophers who suggest (like most people) that the outside world is completely provable.

But what is the problem? Imagine for a while that we are just a brain in a flask, and all our senses are controlled by aliens or scientists. How do we find out about this? And how can we refute the possibility of such a situation? Again I remember the “Matrix”.

This experiment resonates with the ideas of solipsism: we can prove the existence of only our consciousness, everything that is steel, what we see and what happens to us is controversial.

According to this theory, there are an infinite number of parallel universes and parallel worlds that are very similar to our own world with some differences.

The theory of the Multiverse gives rise to a number of other theories. It allows us to assume that everything that we come up with can really exist in some other world. What in our world – just a fiction and fiction, somewhere in the world parallel can be a reality.

Philosophers came to the following conclusion: all these things that are behind us just disappear.

Philosophers-phenomenalists advocate that everything in the world exists as long as it is perceived. In other words, your cheese sandwich exists only if you know about its existence. For example, trees in a dense forest, which no one sees and of which no one knows, does not exist. Existence is not, if there is no perception.