The photos from Mars found an alien in a spacesuit 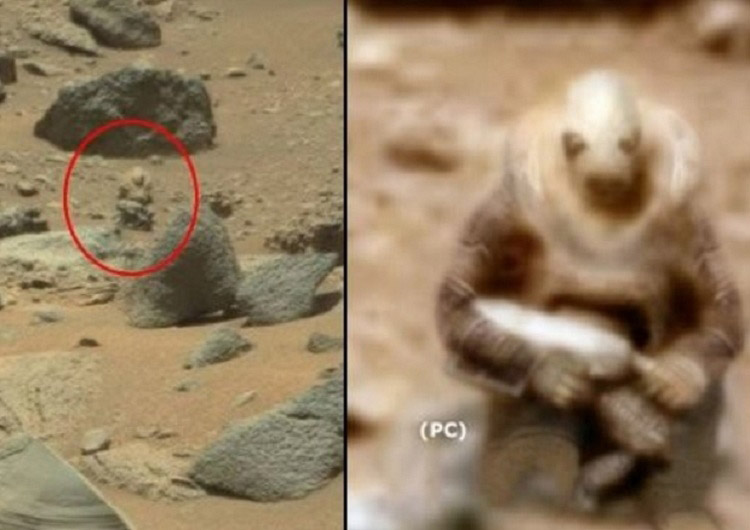 Enthusiasts studying pictures sent by the Rover to the surface of the red planet, found in them the image of the alien in the suit and with weapons in their hands.

Judging from the angle he was watching from a distance traveling on the surface of the Rover. Of course the original pictures, the figure looks rather like a heap of stones than a humanoid, but with some photo processing, figure alien warrior can be seen quite clearly.