The researcher reported the discovery of a missing Malaysian Boeing 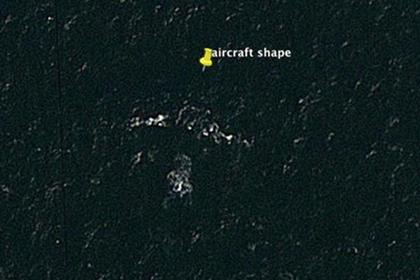 Australian Aircraft Accident Investigator Peter McMahon studied NASA and Google Maps images for years to find Boeing, which disappeared four years ago in the Indian Ocean. He said that he managed to find the plane.

According to McMahon, Boeng 777 flight MH370 is located about 16 kilometers south of the small Seychelles island Round – this area was not included in the search operation.

The Australian sent his report to the transport and security bureau, where it was assumed that the image in the pictures might be a missing plane. McMahon noted that in the photographs that he provided to the bureau, Boeing’s corps is clearly visible.

In March 2014, Boeing 777 of Malaysia Airlines, which flew from Kuala Lumpur to Beijing, disappeared from the radar screens. On board there were 227 passengers and 12 crew members. In January 2015, all of them were officially recognized dead.

In late January 2018, the Malaysian authorities decided to resume the search for an aircraft. They promised to pay the American company Ocean Infinity about $ 70 million if it can detect the missing liner within 90 days.