The Vatican will reveal the truth about aliens 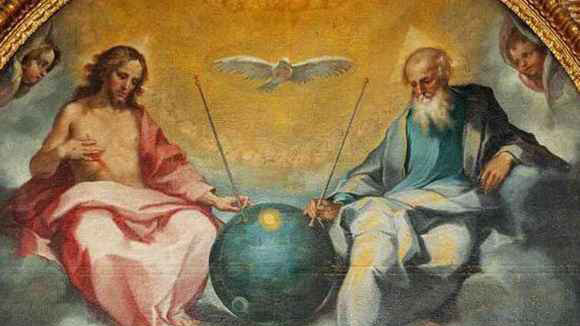 Various high-ranking Vatican officials have hinted that the Roman Catholic Church is prepared to disclose to the public information about aliens and UFOs, within a few months.

Pope Francis hinted at several times already that in the past the earth was visited by aliens, and promised a full public Disclosure in the near future.

Jose Gabriel Funes, current Director of the Vatican Observatory said without the slightest restraint that religion is not a contradiction between faith in God and the existence of extraterrestrial life. The priest had argued at the conference that “as there are many beings on Earth, and the universe is littered with many forms of life, some are smarter than us.” People should prepare for the meeting with our friends the aliens.

This preserves creative freedom and of course, God understood that the various life forms on different planets in the Universe, is good.

Another representative of the Vatican, the priest guy consolmagno said aliens exist and that they are actually the saviors of mankind. When will their official arrival on Earth, things will change dramatically and all will undergo major changes in views on life, but it’s from God.

These views are downright shocking, because according to rumors, the Vatican knows more about alien life, but hides that information so far. With the beginning of a new era, this information should be made public to prepare the public opinion when the truth will be revealed. Although this information may not only destroy the existing religions, but in General the idea of God.

The campaign to prepare the population to the truth about extraterrestrial civilizations continues only a few months, the Vatican is preparing a new conference, which will be revealed new information.

WikiLeaks: the Pope knows about the existence of aliens and their good intentions.The sixth walked on the moon man in the world, a former us astronaut Edgar Mitchell says that the representatives of extraterrestrial civilizations have expressed their desire to help us to capture “free energy source”.All this was known from the e-mail Edgar Mitchell to American politics John Podesta, which was published recently by WikiLeaks. In the letter, Mitchell notifies the policy that the Vatican knows about extraterrestrial civilizations wish to share with us the technology of “zero point energy”.

In addition, according to Mitchell, a space war is inevitable. He writes: “Because in space a war is coming, we should discuss a number of factors on Skype”.

How do you people not put two and two together?? They talk about fallen angels!! Read revelations and WHY on earth would Vatican come up with this??!! Because it talks about it in Revelations that this will happen! Vatican is way opposite of what you think they are, they have a telescope called Lucifer! coincidence I think not. google search Lucifer telescope and you’ll see what I am talking about