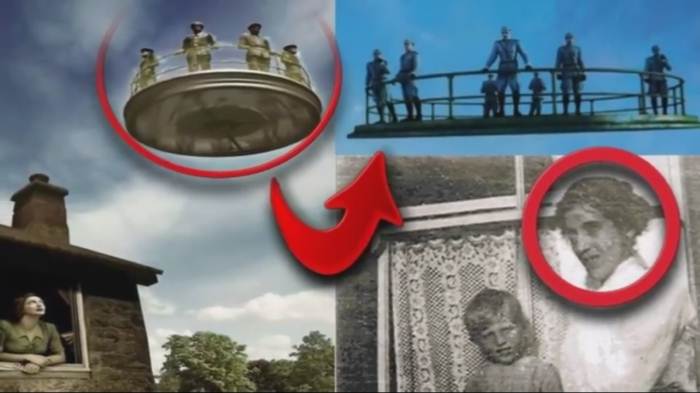 The case with Agnes Whiteland is one of the most mysterious incidents in the history of ufology and dates back to the years of the First World War (1914-1918). The story of Agnes began exactly at the moment when she looked at the balcony of her house. A few meters from it, in the air, a round platform with a thickness of about 30 centimeters and a diameter of 3.5 meters was floating. On the platform were from eight to twelve people standing in a circle. All the men were dressed in blue uniforms and a hat of the same color. They looked like military men.

According to Agnes, the platform was 9 meters above the ground and did not make any noise. There were no ropes, no wires, explaining the appearance of the platform so high. The engine was also not visible. On his knees, one of the men had an iron mechanism. Within minutes, the military watched what was happening on the streets of the English city and then disappeared.

Specialists on the unknown know that these “gentlemen” came from the future in order to observe what is happening. Perhaps they wanted to be direct witnesses of the First World War and freely moved in space. Neither to prove nor to refute what happened in those days did not succeed. Agnes Whiteland all her life insisted that this unusual fact was in her biography.