What if dark energy is not constant? 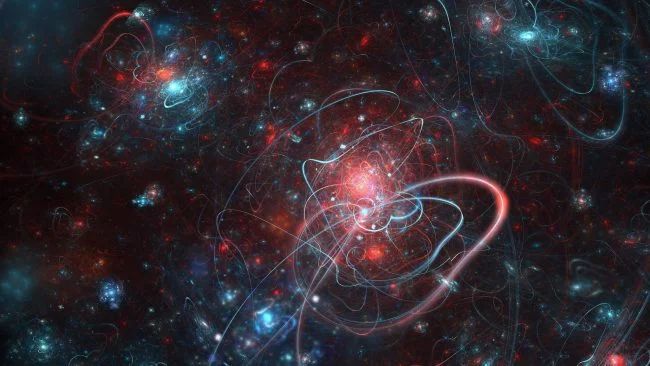 Harvard physicist Qumran Wafa is one of the strongest supporters of string theory. But this summer, other string theorists pounced on his last sentence, which could discredit their ideas, based on a ten-year assumption that dark energy is constant (constant). The work of Wafa implies that the meaning of dark energy is changing. Inconsistent dark energy is the result of Vafa’s and his staff’s attempts to apply string theory to a universe like ours, where the vacuum of space itself has some intrinsic energy.

If his hypothesis (and string theory itself) is true, dark energy, this mysterious substance, which accounts for more than 70% of the total mass and energy of the Universe and which accelerates its expansion, will be the force of change. But the constant dark energy for a long time served as the basis for many ideas of string theory – it is therefore paradoxical that it is the non-permanent dark energy that can lead to the success of the theory.

Dark energy and string theory
“For the first time, we could extract something from string theory that can be measured,” says scientist Timm Wrees from the Institute for Theoretical Physics at the Vienna University of Technology in Austria. “But I don’t know if this will happen or not.”

Let’s start from the beginning: we live in a universe that seems to follow the rules. On the largest scales, large objects follow the rules of the general theory of relativity, interacting with each other through the force of gravity. On the smallest scales, subatomic particles follow the rules of quantum mechanics and quantum field theory, interacting through force fields, which manifest themselves as particles-carriers of force. But mathematics does not converge when you try to explain GTR as a huge extension of quantum field theory. A more ambitious theory – string theory – is trying to combine GR with quantum mechanics, and in it each particle is represented by a tiny string, the vibrations of which in a more multidimensional space encode the properties that scientists observe.

However, the theory is not entirely accurate. Rather, it is a comprehensive mathematical framework, a framework from which scientists can extract theories about our Universe, as well as a huge number of other allowed universes. String theorists are hoping that our universe is one of these possibilities. Others believe that the string theory is fundamentally wrong, but now is not about that.

String theories must explain the universe like ours in all aspects so that they can be considered correct. Our universe, apparently, consists of 4% of matter (the substance we see), 25% of mysterious dark matter, and the rest, as shown by observations of 1988, falls on “dark energy.” String theorists worked on the assumption that the power of dark energy does not change, and their theories have evolved. But Wafa and his co-authors suggested in their work this summer that in order to exist according to the rules of string theory, our Universe must have a field of dark energy, the value of which decreases.

“Dark energy is changing or not – this is important,” says Wafa.

If the value of dark energy changes, it will be important for those whose theories are based on the assumption that dark energy is constant. “Perhaps we need to go back to the base,” says Vreys. It would also change the concept of the evolution of the Universe, both in the past and in the future.

Wafa’s hypothesis was initially quite powerful and led to “tremendous excitement,” says Vreiss. She acted as a call to action for string theorists, who felt that the framework was under threat. Some immediately said it was rubbish – Stanford physicist Eva Silverstein told Quanta that the assumption was based on other assumptions, and the analysis was “very doubtful.” Others use this document as an opportunity to make sure that their theories can indeed describe a universe like ours.

Vreis and others criticized the work of Wafa and his group, and their opinions were published in the Physical Review D. Vreis’s work found that some of the alleged properties of our own universe, in particular those associated with the Higgs boson field, contradict in essence some mathematical assumptions. For example, the initial assumption stated that the behavior of the physical field that controls the dark energy is extracted from the mathematical function without maxima and minima, the line on the graph without peaks and valleys. Vreis discovered that the presence of a force field associated with the Higgs boson requires a peak in this function.

But the work of Vreys does not exclude the idea of ​​Wafa – Wafa simply clarified the assumption that it should be better applied to the universe in which we live. There are other similar works, and Wafa agrees with the clarifications.

What is really interesting is that we can soon find out whether the work of Wafa suggests a prediction of string theory that is checked during the experiment. This would be the first provable consequence of string theory. Some experiments could check if the dark energy changes with time or remains constant, and possibly do so over the next few years.

So, is there a paradigm shift on the horizon? “Most scientists will not say that this hypothesis is true or false,” says Vreys. Vafa himself believes that he, of course, can be wrong, and this also speaks of the importance of string theory. “But if Wafa is right?” Says Vreys. “It would be the biggest event in string theory to make a measurable prediction.”