What would happen to people if dinosaurs did not become extinct 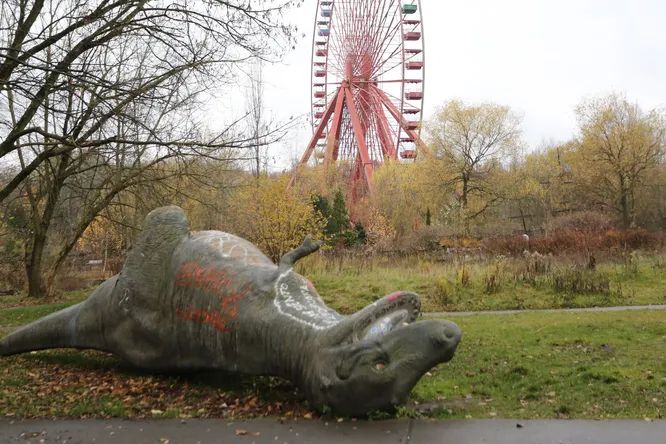 Dinosaurs have lived on Earth for millions of years. If it were not for the asteroid, the reign of Tyrannosaurus Rex and the like could have continued even further! But what would happen to us then? What would life be like on the planet now if dinosaurs were not extinct?

Just imagine, you are looking out of the window, and dinosaurs are walking around the city! Is this possible, or did you end up in the Flintstones cartoon?

Unfortunately (or fortunately) such a scenario would not be possible for two reasons. First, because life is constantly evolving. This process can be seen even among the remains of dinosaurs, because there were just an unthinkable number of them!

Therefore, if the asteroid passed the Earth, dinosaurs would continue to evolve. Species that flourished at the end of the Cretaceous, such as Triceratops, would leave offspring that continued to change over time. Thus, if dinosaurs survived until the 2020s, they would be very different from their ancestors.

However, humans most likely would not be able to see what the dinosaurs have become. Despite the fact that many mammals flourished during those times, they were very small in size. The largest Mesozoic mammal was the size of a badger. Although the first primates evolved towards the end of the reign of the dinosaurs, they had more in common with the shrew than with humans. If dinosaurs were somehow able to maintain their position in the world around them, they would undoubtedly continue to influence the evolution of mammals. The evolutionary history of our ancestors would have been different, almost certainly humanity would never have appeared.

But all these theories aside, it’s worth noting that we do exist among dinosaurs! Birds are living dinosaurs. They originated in the Jurassic and flourished alongside their non-avian relatives. The only reason we think of birds as a completely different animal is because sparrows and pigeons don’t look as dramatic and intimidating as stegosaurs. This also confirms the idea that if the asteroid had not then fallen to Earth, the ancient dinosaurs would have changed dramatically by our time.

what If Dinosaurs Were bigger than what we have been told…..I don’t believe they were 60 ft i believe they were MUCH bigger,and using various applications Google Earth for simplicity but ArcGIS, Landsat, Satellit.pro, and quite a number of other satellite maps, why am i seeing Dinosaurs the size of mountains….. and i mean really really big. If it was instance or 2 and i saw it nowhere else then sure, i would say co-coincidence, but the fact that i can show you entire landscapes littered with dinosaurs, that you can SEE the actual skin texture that’s fossilized, you can see the bone structure, even in many cases the actual type of dinosaur….in this case and i think 80% more the ones i’ve found are Pterosaurs and looking into that I found that because they could fly when the Dinosaurs were wiped out from the meteor the land based dinosaurs were basically wiped out, except for the ones that could burrow or go underground and the other the ones that could fly….. so land based dinosaur fossils are harder to come by as you have to dig deep, but the Pterosaurs only died later so its Possible they lay down and died wherever that might have been… I’ve had a look the Mudfossil groups on facebook, but nobody has images of finds like the ones i have and when i’ve emailed Universities or Institutions asking about it i get no reply or my email is sent back to me as if i sent it to myself…. and then the more i was looking at maps, i realized that the one thing that 90% of these Mega Fossils are, they are Mining Diamonds, Gold, Coal…..I live in South Africa, i’m not an Academic but this is what i’m seeing everywhere the Karoo Basin, Lybia, Niger, Namibia, Northern Province South Africa, so I want to ask 2 questions …”is it possible that Dinosaurs were bigger than what we know them to be? And if it is true, would it explain why in the last year “Experts” have “discovered” that “contrary to popular belief dinosaurs ARE NOT part of the process of creating Coal and Oil, that if Dinosaur Fossils are being Mined for Rare Earth Minerals, why BS the Public when they write articles in newspapers or magazines on new technology on how they discover dinosaurs” many explanations are that Millions of Plankton form Oil and Aquatic Plants, i’ve looked through so many dinosaur books now and almost all of them speak of Coal Beds, some speak of Oil, In Australia a Man discovered the First dinosaur that Fossilized as some or other rare earth mineral…. Gold Mines in africa produce a lot of smaller fossils…….. IF you want some more images let me know i have 100s and i’ll give you locations to look yourself.