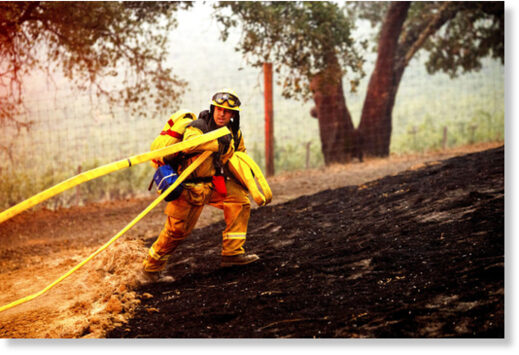 California is on the brink of a dreadful milestone: 1.6 million hectares of land have burned down this year in wildfires that have killed 30 people and burned hundreds of homes. This is the worst fire season on record.

“The 4 million mark is incomprehensible. It’s amazing and breathtaking, ”said Scott McLean, a spokesman for the California Department of Forestry and Fire Protection, warning that the numbers will continue to rise.

The affected area is more than double the 2018 record of 1.67 million acres (675 thousand hectares) of burned land in California. So far, all major fires since the Forestry Department began recording numbers in 1933 have remained well below the 4 million mark.