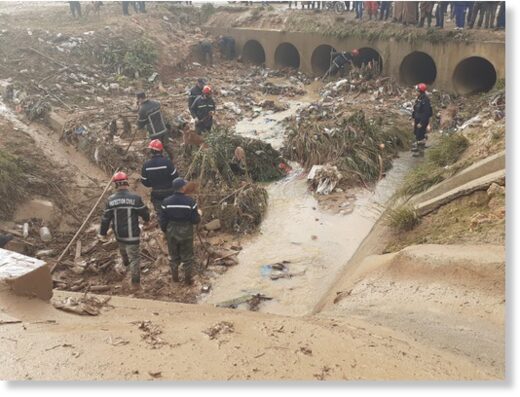 At least 7 people have died and three others have gone missing in flash floods in the Chlef province of Algeria.

The Civil Protection Service reported heavy rains in the province of Chlef, resulting in flooding of the Oud Slay commune area. west of the city of Chlef. The flood washed away three cars and damaged nearby houses.

As of March 8, the flood killed 7 people. It is believed that the five dead are from the same family. Civil Protection and other emergency services continue to search for 3 missing persons.