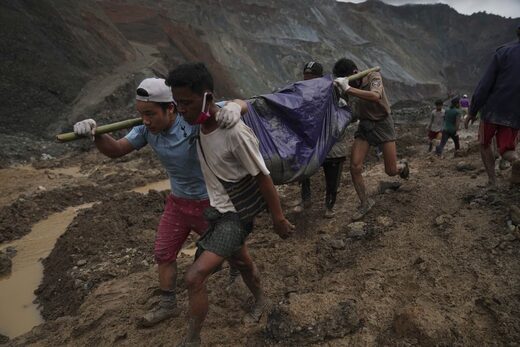 A landslide caused by monsoon rains in Myanmar claimed the lives of at least 113 people, the country’s emergency services said Thursday.

The landslide occurred at about 8 a.m. local time (1:30 Moscow time) at a jade mine near the village of Khpakant, located in Kachin.

The actual number of victims is likely to be much larger since the incident occurred during working hours, which means that hundreds of people can be buried in the mine.

“The latest information about the landslide in Hpakant: 113 dead. Rescue work continues,” the fire department wrote on Facebook.

Myanmar’s landscape is known for its landslide tendency, especially during the rainy season.