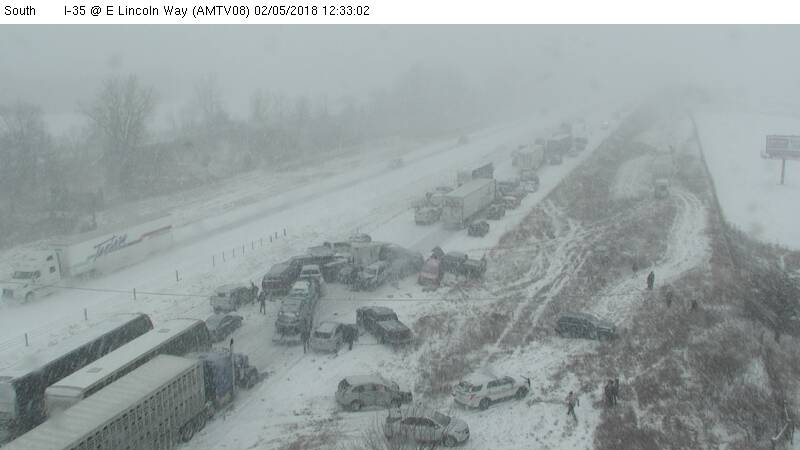 In the US states of Missouri and Iowa, on 4 and 5 February, at least 12 people were killed and more than 80 people were injured as a result of road accidents on icy and snow-covered roads.

On the interstate highway I-35 in the area of ​​Ames, Iowa, on Monday, an accident occurred with the participation of 70 vehicles. 185 traffic accidents have been registered throughout the state. At least seven people were killed, five more are in critical condition.

In the state of Missouri, more than 650 road accidents occurred. On the I-44 highway near Springfield, more than 100 vehicles collided. Totally, at least five people died, more than 70 people were injured.