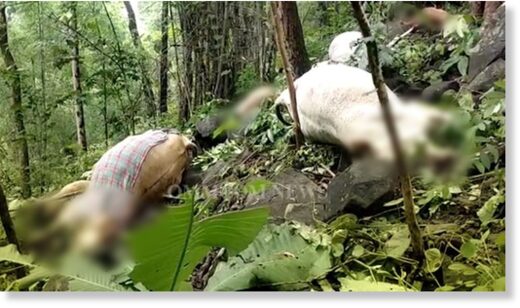 Seventeen cattle were killed and three of their herders were struck by lightning in Sudhakhunta village in the gram panchayat of Telerai in Kalimela district of Malkangiri district.

Erma Kabasi, Shanti Kabasi and Rama Madkami of that village were reportedly returning home from a nearby hill after grazing cattle last night when lightning struck them.

About 17 cattle were killed and three people fell unconscious as a result. When they came to, they rushed to the village and reported what had happened to their family members and villagers.

The villagers immediately rushed to the site and found that the cattle, including nine cows and eight bulls, were dead. Another four cows were missing.