2 People Killed in Floods in Vietnam 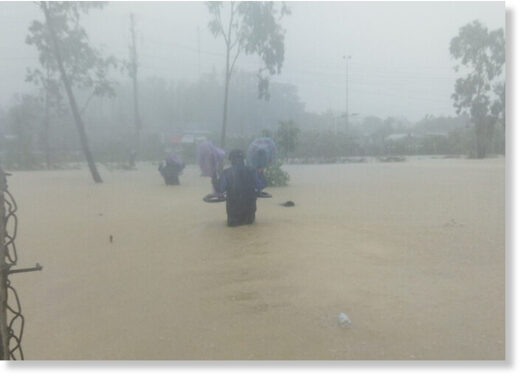 According to the VDMA, the worst flooding occurred in Quang Ngai, where 775 houses were damaged. Flooding also affected Quang Tri (10 houses damaged), Con Tum (07 houses), Gia Lai (03 houses). About 750 people from 215 families were evacuated from low-lying areas in Tra Bong, Ba Tho and Binh Son districts in Quang Ngai province. More than 8,000 hectares of rice and crops were flooded or damaged.

One person died after being washed away by floodwaters in Tu Mo Rong district, Con Tum province. Another person died as a result of flooding in Son Tinh District, Quang Ngai Province.

Storm Conson had previously affected parts of the Philippines, where thousands of people were displaced from their homes.