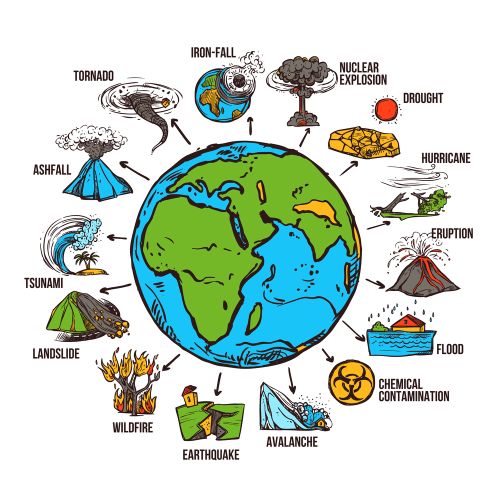 Only one flood in China in June and July cost 20 billion dollars while the hurricane Mathew which covered the Caribbean Region and east coast of the USA in August caused damage on the amount more than 10 billion dollars. The death toll from natural disasters in 2016 was reduced with 25 400 to 8 700.

North America was epicenter of natural disasters. Last time so high quantity of natural disasters was registered in 1980. Only the fires during the summer in the USA more than 160 were registered. Insurance companies also noted “exclusive” number of floods which occurred in Europe in May and June. Floods constituted 34% of the total amount of losses. The last decades this figure didn’t exceed 21%.

Climatologists also pay attention that uncontrollable climate changes can influence natural disasters, especially in some regions of the world. The researches connected with studying of weather catastrophic crashes of 2016 show potential consequences of global warming. Of course, separate events in itself can’t be carried directly to climate change. But now there are many signs of the fact that certain events – such as the resistant weather systems or storm bringing heavy rains, a hail, a gale-force wind – are connected with climate changes.