2016 was the hottest in the history of meteorological observations 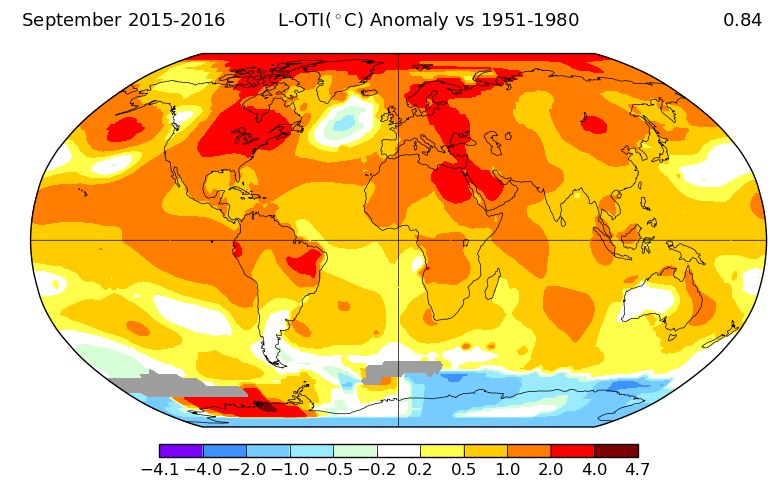 New record in global temperature of our planet will be beaten by the end of 2016 after it had been installed last year. This is referred to in the report of the world meteorological organization, launched in Marrakech at the summit on climate Cop22.

It is highly likely that this year will be a record warmest in history of meteorological observations on Earth with temperatures 1.2 °C will be above pre-industrial levels and by 0.88 °C higher for the period 1961-1990

The temperature increase is due, including such global phenomena as the shrinking Arctic ice, burning forests, the decline of the reef and the increase of extreme events (cyclones, tsunamis, and severe drought). In addition to this, the phenomenon of El niño was particularly strong in 2015-2016.