2016 will be the hottest in the entire history of observations 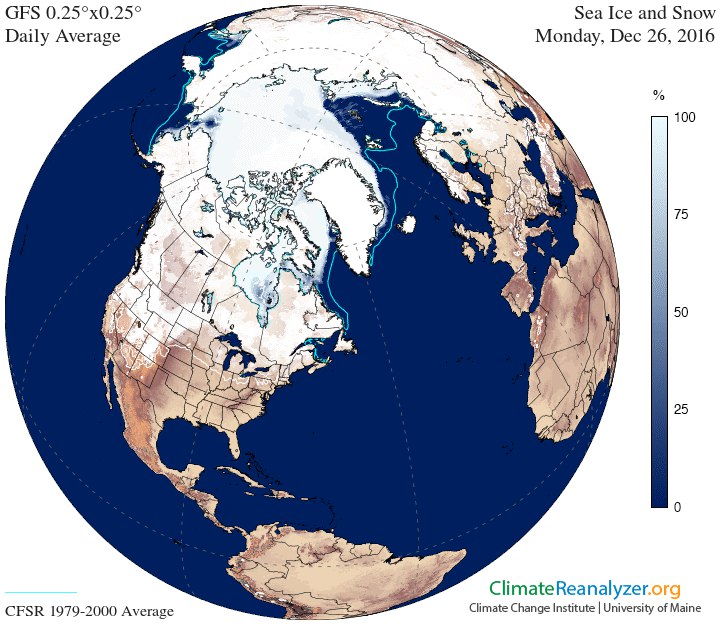 According to the WMO temperature values recorded throughout 2016, 1.2 degrees exceed pre-industrial values, with a global goal at the moment is the retention of the temperature increase to 2 degrees.

The warmest for all history of observations was 2015, before 2014. According to the representative of WMO Claire Nullis, 2016 could break even those records. Nellis noted that the data do not yet include the December temperatures.

In 2016, the indicators of the level of carbon dioxide reached new records, the temperature in the oceans broke the record heat that led to the spread of the bleaching coral reefs, floods, heatwaves and cyclones. The consequences were dramatic for both poles.

Nullis told that the temperature in the Arctic has been particularly rapid in the early years, the level of Arctic sea ice was very low, reaching record low values for the entire history of observations in October and November. Although the area of Arctic sea ice in recent years is growing this year in November it was the lowest for a number of reasons.

WMO data show that warming in the Arctic is happening twice as fast than the world average. The Agency published a study that confirmed that there is growing scientific evidence of a link between extreme weather events and anthropogenic climate change.

Climate change caused by human activities, have affected the frequency and intensity of such weather events. Last week the head of the UN environment expressed concern at the denial by some American politicians of the scientific basis of global climate change.