225,000 people affected by the third flood wave in Assam, India 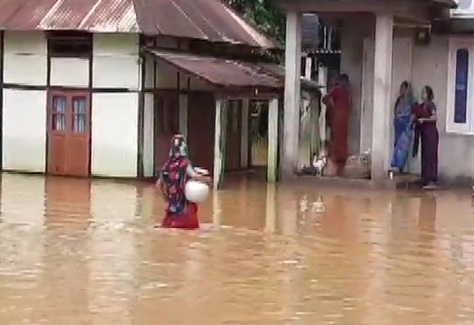 About 10,000 hectares of arable land in 219 villages were flooded, hundreds of people took refuge in 43 relief camps, and one person drowned in flood waters.

ASDMA officials said the third wave of flooding affected 225,000 people in 155 villages and one death in the Nagaon area. The victim drowned in a flood near Kampura, where the Kopili River exceeded the dangerous mark.

About 40,000 domestic animals were also affected in Dhemaji, Lakhimpur, Morigaon, Nagaon and West Karbi Anglong districts. Tinsukia, Dibrugarh and Sivasagar are also among the most affected areas.