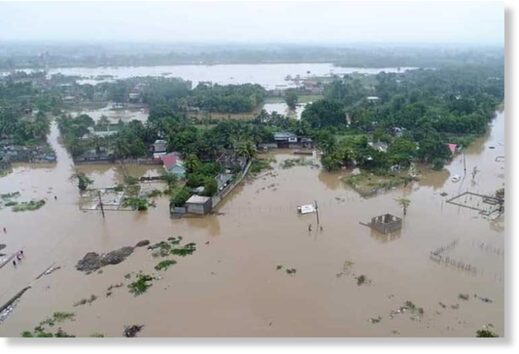 Haiti’s Civil Protection Service reported on April 5, 2021 that at least 3 people were killed and 3 people were missing after several days of heavy rain that caused flooding in the northern and central regions of the country.

The Civil Protection Agency reported heavy rains began on April 2, 2021. As of 5 April, flash floods and river flooding were reported in the departments of Center, Nord, Nord-Est and Nord-West.

One person died and 149 houses were damaged by flooding in Jean-Rabelle, North West. Two people died in the Bois-de-Lans commune in the North department, and three others are missing.

More than 1,270 houses were flooded in the municipalities of Terrier Rouge, Caracol and Trou du Nord in Nord West. About 137 families were evacuated from the Terrier Rouge and Caracol areas.