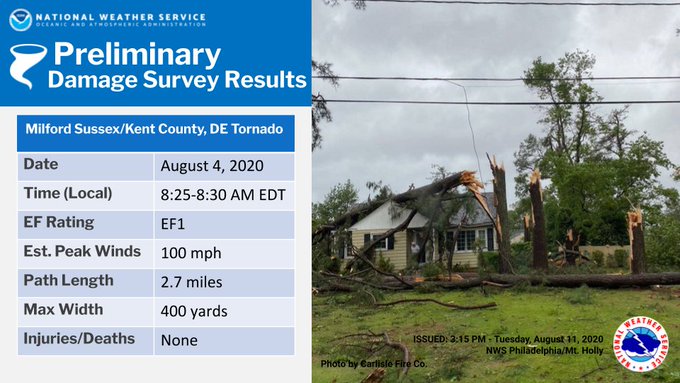 Showers fell again in the Philadelphia region on Wednesday, and the National Weather Service issued new flood and tornado warnings.

Flood warnings swept from Chester County, through parts of Philadelphia to South Jersey in the middle of the day, where up to 2 inches of rain had already fallen.

Three separate severe thunderstorm warnings were in effect in the middle of the day on both sides of the river, and flash flood surveillance for the entire region continued until 11 p.m., with expected rainfall rates of 1 and 2 inches per hour along the I-95 corridor, the weather service said.

Some of the region’s rivers are about to flood their banks, according to the weather service, and last week rainfall in some areas is incredibly close to 1000% of normal, according to the Mid-Atlantic Forecast Center.

In its midday update, the government’s weather forecasting center said the entire region is at “moderate risk” of “excessive rain” at possible speeds of 2 and 3 inches per hour.

Meanwhile, the agency added another tornado to last week’s tornado bill on Tuesday, confirming that the tornado was seen in Milford, Sussex, and crossed the Kent border.

It was the third tornado in Delaware in a week, and the state has an average of one tornado recorded once a year.