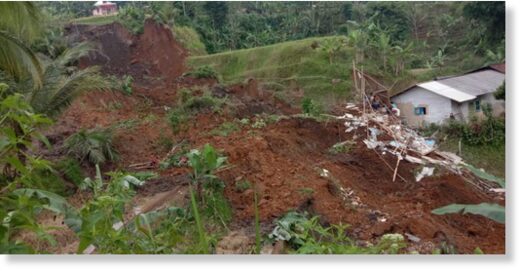 The Indonesian Emergency Management Agency BNPB reported that the landslides were caused by heavy rains in the area. Two buildings and a car were buried under the landslide and 12 people were reported missing.

Search and rescue operations have since recovered the bodies of 5 victims and 8 people have been reported missing. The South Tapanuli Regional Disaster Management Agency (BPBD) of the regency said search operations are continuing, but the remote location on steep slopes makes it difficult to use heavy earthmoving equipment.

Meanwhile, on May 01, 2021, a landslide occurred in the village of Ginanjar, Chambar District, Sukabumi Regency, West Java. According to BNPB, one person died after three houses were severely damaged. Two other people were injured.