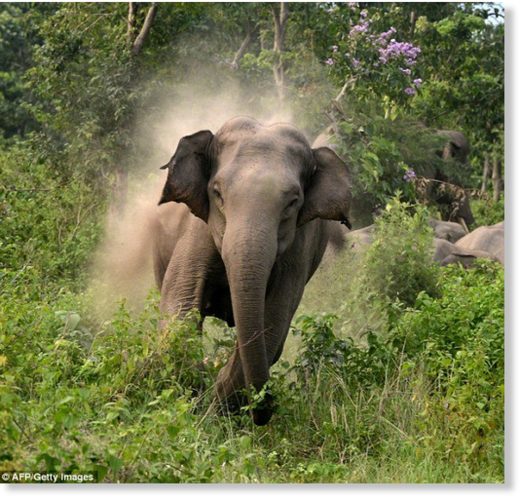 According to the Wildlife Society of Odishi (WSO), conflicts between humans and elephants have killed 528 people and 443 injured in the past five years.

About a quarter of these cases (118) occurred during the summer season from April to June. The WSO analyzed human deaths from elephants from April 2017 to April 14, 2021.

In the state, five people died and as many were injured in the first two weeks of April this year, sources said. Debendra Badhey (53 years old) from Halliamunda village, Bargarh district, died on April 14.

He and his wife were traveling to the nearby jungle to collect mahua flowers when an elephant trampled him to death. Sources said his wife managed to escape.

On 7 April, in the village of Ramachandrapur in the Chendipada forest in the Angul region, two people, including a woman, were stabbed to death with tusks. “The couple went to the forest to pick mahua flowers,” said Pratap Chandra Rule, Chendipada’s forester.

According to Biswajit Mohanty, secretary of the WSO, the number of conflicts between elephants and humans has increased dramatically, mainly when villagers go to the forest for forest products such as mahua flowers, mangoes, jackfruits, cashews, etc.

During this period, he said, elephants feed mainly on fruits due to lack of food and water in forested areas and attack people when they find them nearby.

Mohanti said hundreds of thousands of tribal women also harvest Kendu leaves during the summer season. They are also a target for elephants.