58% of the Earth’s ecosystems are in critical condition 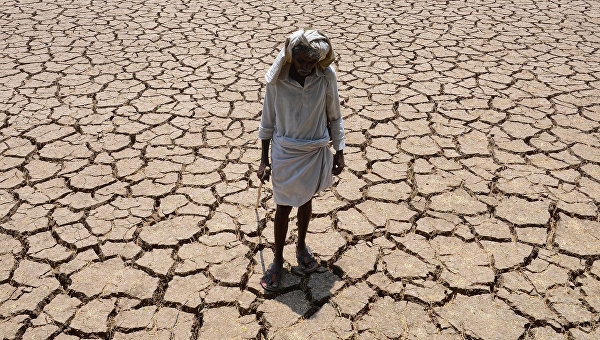 The preservation of ecosystems and species diversity has fallen to a critical level in 58% of the key ecoregions of the Earth that speaks about the danger of a mass extinction and a sharp reduction in the number of animals, say scientists in an article published in the journal Science.

To date, among ecologists and biologists are not sure how many changes or losses of species can survive a particular ecosystem to the point when it catastrophically collapses and loses its ability to sustain itself. For this reason, reduction in species diversity of all living creatures – from bacteria and to mammals associated with climate change and human activities is of great concern to scientists.

Tim Newbold (Tim Newbold) from University College London (UK) and his colleagues tried to find the answer to this question, amounting to the most extensive database of species on Earth, which includes almost 40 thousand different forms of life, living on all continents of the world, and two million assessments of species diversity.

These data researchers used for the assessment of so-called biomes, the largest of the constituent parts of the whole biosphere of the Earth, including hundreds related to each other ecosytem and ecological communities located within the same climatic zone. Scientists allocate 14 such zones on the land in accordance with the criteria developed by the famous biologist Robert Bailey (Robert Bailey) in the mid-70s of the last century.

Analysis Newbold and his colleagues has led to disappointing conclusions, 58% of these biomes is now in a critical condition. They died more than 20% of species of animals, microbes and other creatures that lived in them until the beginning of mass exploitation of land, deforestation and mining. The reduction of species diversity by more than 10-20%, as the scientists explain, leads to irreversible and catastrophic consequences. Most of these effects will only manifest themselves in the future, which we have not yet perceived the full extent of the disaster.

Most of like the collapse of the ecosystems affected the Central regions of the United States and Canada, the Himalayas, Australia, southern Europe and Russia, Central Africa and South America. Least they have touched or will touch the North of Russia and Canada, Equatorial areas of Latin America, Indochina and tropical Africa.

If you look at the biomes, only three of them are the tundra, taiga and subtropical broadleaf forests are relatively safe. All other types of biomes are around 20% of extinct species, and they now threatened a sharp reduction in species diversity.

These changes, according to environmentalists, not only depriving us of the beauty of nature, but hitting the pocket – for example, the disappearance of key pollinators and natural enemies of pests leads to an increase in expenditure on pesticides. In addition, the imbalance in the biomes and their destruction also called exotic until recently, phenomena such as algal blooms or other ecocatastrophe, the elimination of which requires hundreds of millions or even billions of dollars.

How this can be combated? According to Newbold to restore biomes and keeping them from collapsing is necessary not only to protect key centers of biodiversity, but also to reduce the area of land now used in agriculture. Economic losses from this initially may be high, however, further degradation of ecosystems will lead to even more costly consequences, the scientists conclude.