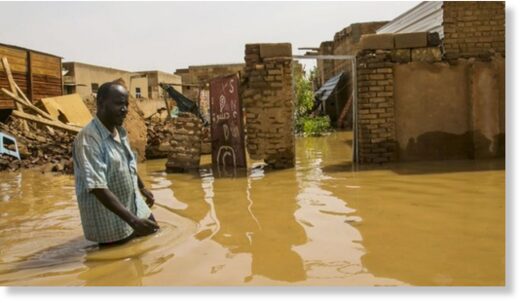 Six million people have been affected by flooding this year in East Africa.

According to the UN Office for the Coordination of Humanitarian Affairs, 1.5 million people were displaced by the floods.

The number of victims has increased more than fivefold in four years.

Their number has grown from 1.1 million in 2016 to nearly six million this year.

There are fears that the situation will worsen when the peak of intermittent rainfall in November hits most countries in the region.

Parts of the region have some of the heaviest rains in a century.

“Whole communities fled to the high ground to escape the rising waters,” the UN said in a statement.

In Ethiopia, 1.1 million people were affected by flooding.