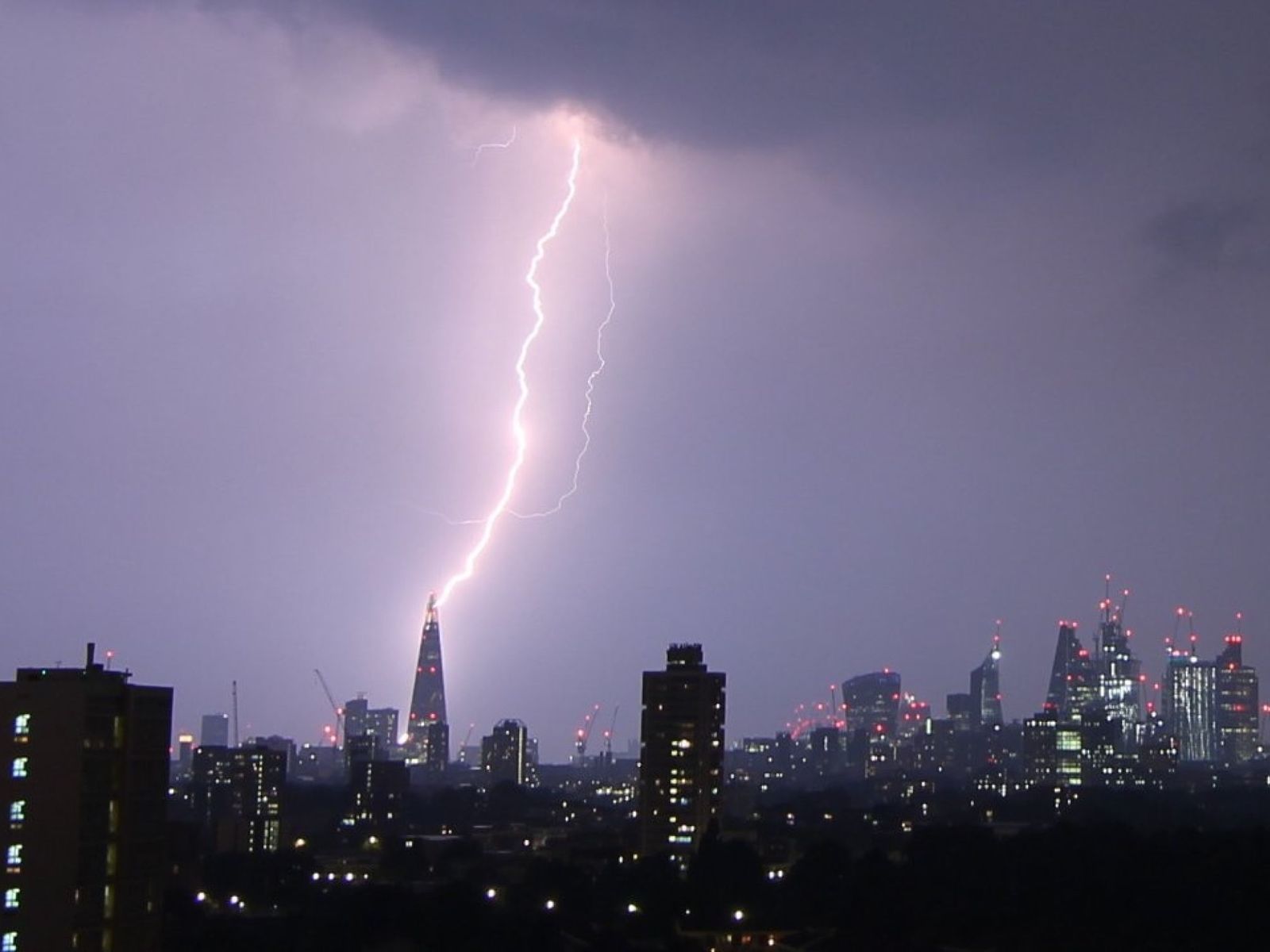 Electric storms swept the UK causing a severe thunder, accompanied by heavy rain and a huge number of lightning strikes, which over one day recorded more than 60,000.

Fire brigade of London reported that it received more than 500 weather-related calls, most of which are connected with floods.

In Warwickshire, five objects were struck by lightning, and in Dolish, Devon, the telephone booth exploded after a lightning strike.

Flights from Stansted airport were violated on Sunday after the refueling system was damaged by a lightning strike.

Meteorologists reported that thunderstorms will move north, up to northern England, the Midlands and East Anglia. Perhaps the fall of a large hail and heavy rains that can cause local flooding in places of fallout.

Sick slow mo I got of the Thunder and light in London #weather #thunderstorm #slowmo #Lightning pic.twitter.com/xgZ5ldc3bS