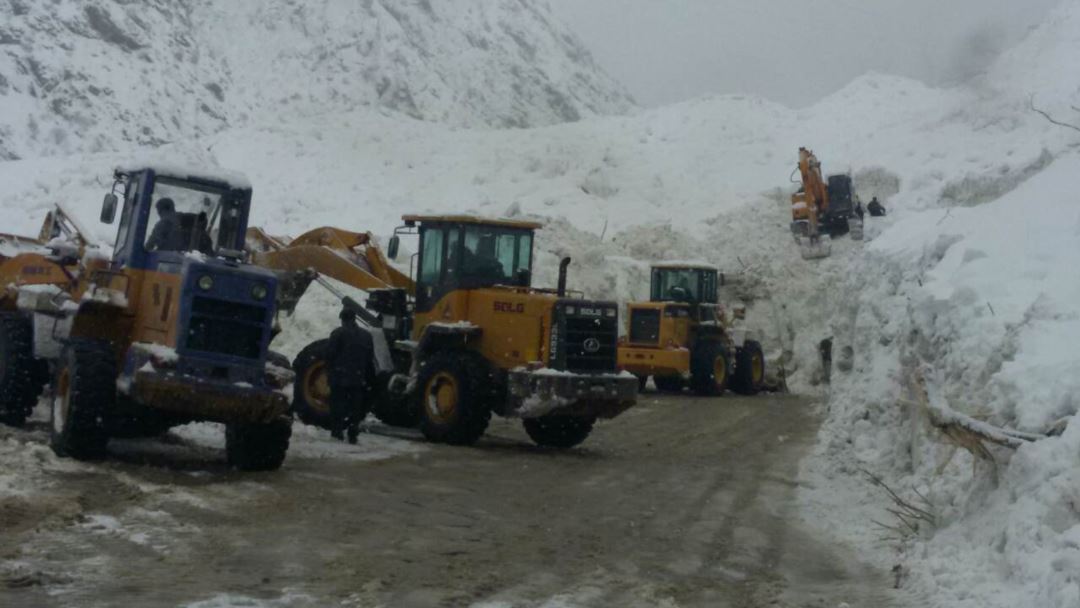 Eighty large avalanches up to 15 metres were held on the mountain roads of Tajikistan for the last three days. As a result of avalanches on the road Dushanbe-Khujand 75 vehicles were blocked in the area of highway Dushanbe – Ayni (North).

Drivers and passengers were evacuated by rescuers CSF, and the cars are still blocked by an avalanche of plot. Last Saturday, eight employees of an international company IRS involved in maintenance of the road Dushanbe-Chanak highway, hit by an avalanche during the cleaning of the rubble, three workers with severe injuries managed to find and pull out from under the avalanche, the search continues five more.

Avalanches up to 15 meters went almost all the mountain roads in the districts of Gorno-Badakhshan Autonomous region, in the mountains of Gissar range and on the highways Dushanbe-Khorog, Dushanbe-Khujand, Dushanbe-Jirgital, Khorog-Murgab. Yusupov noted that such anomalous precipitation and avalanches not seen for 30 years.

For the organization of work on the evacuation of people and their escort to the safe zone created by joint interagency headquarters at 48 and 72 kilometers of a highway of Dushanbe-Aini under the guidance of first Deputy and Deputy Chairman of CoES. The result of this work, from 17 to 20 February were evacuated 78 passengers and drivers of motor vehicles. To clear the roads road service the IRS highlighted the special equipment. On the site of the avalanche to ensure the safety of the population exposed positions from the traffic police and road service IRS.